The Ghost Files, Volume I by Apryl Baker 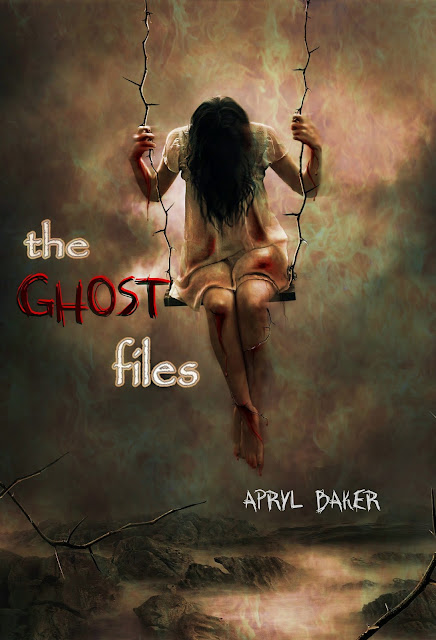 
Dead kid in the mirror:  check


For sixteen year old Mattie Hathaway, this is her normal everyday routine. She’s been able to see ghosts since her mother tried to murder her when she was five years old. No way does she want anyone to know she can talk to spooks. Being a foster kid is hard enough without being labeled a freak too. Normally, she just ignores the ghosts and they go away. That is until she see’s the ghost of her foster sister… Sally. Everyone thinks Sally’s just another runaway, but Mattie knows the truth—she’s dead. Murdered. Mattie feels like she has to help Sally, but she can’t do it alone. Against her better judgment, she teams up with a young policeman, Officer Dan, and together they set out to discover the real truth behind Sally’s disappearance. Only to find out she’s dealing with a much bigger problem, a serial killer, and she may be the next victim… Will Mattie be able to find out the truth before the killer finds her?

abookandalattee has the please of asking Apryl some question's. Find out more about her and The Ghost Files.
So tell us a little bit about Apryl Baker.
Well, in a nutshell, I’m the crazy girl with an imagination that never shuts up.  Seriously, sometimes I can be mid-sentence and I’ll get an idea and stop talking so I can write it down.  Terribly rude, I know, but my friends and family are used to it!

Mattie is a very, well, let's call her unique.  What inspired you when you created that little bundle of attitude?
LOL!  She is that, isn't she?  Well, honestly, I had some foster kids living down the block from me and I had the opportunity to get to know them.  It took me the better part of a year to get them to trust me enough to open up.  I have to say they were the bravest, most courageous kids I've ever met. They are tough as nails, loyal only to each other, and they will break your heart.  Some of the stories they told me made me want to just cry.  Don't get me wrong, there are tons of great foster homes out there, the one they were in at the time I got to know them was one of those, but there are just as many bad ones as well.  I got to hear up close and personal just how bad some of them were.
Those experiences shaped those kids into the people they were.  They all had serious trust issues and sometimes the haunted look in their eyes made me hurt.  When I got the idea for this story, Mattie in my mind was a foster kid.  I wanted to show people that those kids are more than just the tough facade they show to the world, that they are vulnerable and sweet underneath their layers of shields.  I rolled all their attitude into Mattie and there's a little bit of each of them in her.
Mattie Louise Hathaway is that tough as nails foster kid who looks after her own and will deck you as soon as look at you, but underneath all that attitude, there's still a sixteen year old girl who's scared, alone, vulnerable, and well 16!  She still notices the cute guy while being that sassy, snotty brat!

I know that most writers have to have music when they are writing.  Let's face it, music has inspired so many different stories over the years.  What was on your playlist when you wrote The Ghost Files?
Wow, well, I did listen to a ton of different music, but these were my favs:
Fall Out Boy: My Song Knows What You Did In the Dark (this song alone is responsible for the last five chapters of the book!)
Evanescence:  Bring Me Back To Life
Bruno Mars:  Just the Way You Are
Demi Lavato:  Heart Attack
Taylor Swift:  I Knew You Were Trouble
Taking Back Sunday:  Make Damn Sure
My Chemical Romance:  I Don't Love You
My Chemical Romance:  The Ghost of You
Korn:  Freak On A Leash
Dashboard Confessional:  Slow Decay
Valora: I Waited For You

What advice would you give struggling authors in today's market?
My best advice is to never give up.  I still have stack upon stack of rejection letters sitting on my desk.  It sucks!  That will never change.  You write this amazing story, polish it up a hundred times, then send out the query letter you slaved over for weeks, only to get rejection upon rejection upon rejection.  Huge blow to anyone's confidence.  Here's the thing though, you have all these rejection letters, but it only takes that one yes to make it all better.  I almost gave up on writing, but I'm so glad I didn't.  I have an amazing writing group, an agent that believes in me, and a publisher that is downright awesome.  Just believe in yourself.  You can't see your dreams come true if you don't keep trying.  Give yourself a minute to wallow in pity, then get up, dust yourself off and try, try again!

So why should we all rush out to buy The Ghost Files?
That's simple!  It's awesome!  No, really, it's a fun, but scary read.  I have been advised by all the Wattpad crew who read it before it was published that you cannot read it in the dark. Scared them senseless.  There's a hint of romance, but the book itself is centered around the mystery of who killed Mattie's foster sister and the fact that Mattie now has to face her own weirdness.  She can see ghosts?  Um, not something she advertises.  Then there's Officer Dan...yum, all I'm saying.
About the Author: 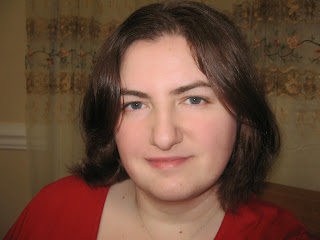 So who am I? Well, I'm the crazy girl with an imagination that never shuts up. I LOVE scary movies. My friend Chazz laughs at me when I scare myself watching them and tells me to stop watching them, but who doesn't love to get scared? I grew up in a small town nestled in the southern mountains of West Virginia where I spent days roaming around in the woods, climbing trees, and causing general mayhem. Nights I would stay up reading Nancy Drew by flashlight under the covers until my parents yelled at me to go to sleep. Growing up in a small town, I learned a lot of values and morals, I also learned parents have spies everywhere and there's always someone to tell your mama on you. So when you get grounded, what is there left to do? Read! My Aunt Jo gave me my first real romance novel. It was a romance titled "Lord Margrave's Deception." I remember it fondly. But I also learned I had a deep and abiding love of mysteries and anything paranormal. As I grew up, I started to write just that and would entertain my friends with stories featuring them as main characters. Now, I live Huntersville, NC where I entertain my family and watch the cats get teased by the birds and laugh myself silly when they swoop down and then dive back up just out of reach. The cats start yelling something fierce...lol. I love books, I love writing books, and I love entertaining people with my silly stories.
PS: DO NOT GET IN MY WAY IF THERE IS A SALE ON AT TARGET - my home away from home!

Don't forget to check out Apryl's other books, The Promise and The Awakening! 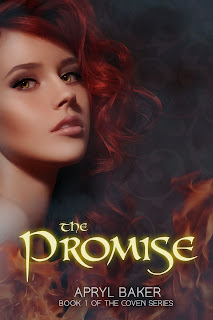 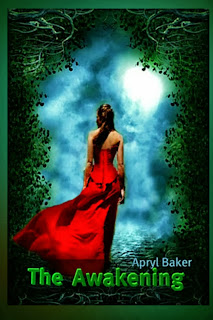 Enter to win a signed print edition of The Ghost Files just by Liking Apryl's Author page on Facebook! a Rafflecopter giveaway
Created by: abookandalattee at October 15, 2013