Review of "When Mockingbirds Sing" by Billy Coffey

When Mockingbirds Sing” by Billy Coffey


What marks the boundary between a miracle from God and the imagination of a child?


Leah is a child from Away, isolated from her peers because of her stutter. But then she begins painting scenes that are epic in scope, brilliant in detail, and suffused with rich, prophetic imagery. When the event foreshadowed in the first painting dramatically comes true, the town of Mattingly takes notice.


Leah attributes her ability to foretell the future to an invisible friend she calls the Rainbow Man. Some of the townsfolk are enchanted with her. Others fear her. But there is one thing they all agree on—there is no such thing as the Rainbow Man.


Her father, the town psychologist, is falling apart over his inability to heal his daughter . . . or fix his marriage. And the town minister is unraveled by the notion that a mere child with no formal training may be hearing from God more clearly than he does.


While the town bickers over what to do with this strange child, the content of Leah’s paintings grows darker. Still, Leah insists that the Rainbow Man’s heart is pure. But then a dramatic and tragic turn of events leaves the town reeling and places everyone’s lives in danger. Now the people of Mattingly face a single choice:


Will they cling to what they know . . . or embrace the things Leah believes in that cannot be seen?


“Billy Coffey is a minstrel who writes with intense depth of feeling and vibrant rich description.”


Billy Coffey’s “When Mockingbirds Sing” was definitely not what I expected. The brief blurb on the information about the book is what caught my eye right away. I thought it would be a great choice for my first choice on Booksneeze and sounded really exciting.


Well, as I began to start “When Mockingbirds Sing” I was definitely not expecting some of the twists and turns that Coffey included throughout the book. At All. Yet I knew just knew I had to finish the book either way to find out what happens.


Coffey did one awesome job at not giving away any clues as to what was going to happen. He kept you thinking and on your toes. There were the twists and turns throughout his book that kept me wanting more.


I recommend any reader that enjoys southern gothic, coming-of-age, while exploring faith and doubt within a community. While also showing how alienation with friendships this is the book for you.


Billy Coffey’s “When Mockingbirds Sing” receives a 3 out of 5 Stars!

Created by: abookandalattee at August 22, 2013 No comments: 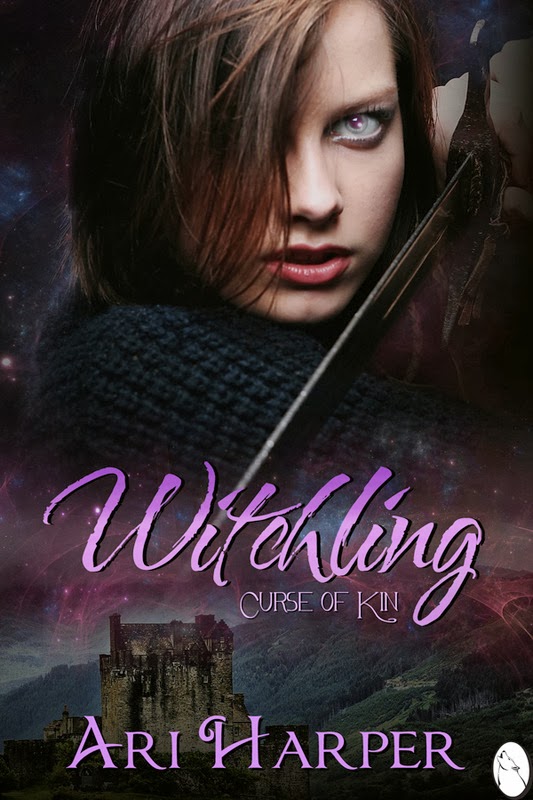 Nera is a normal teenage girl living in Ireland, or so she thought until she discovers the family secret.. now her world is forever changed.
Descended from a long line of witches, she discovers she is the one who has to stop the curse that has taken the life of every girl before her.
And if that isn't enough, she must learn to use magic from the man called Bones. He is the son of Mari, Queen of the Witches...and a god. It is Bones who has been entrusted to teach her the skills she needs to stay alive, which wouldn't be so bad if he didn't have an uncanny knack for pushing her buttons.
Can Nera succeed and resist the charms of the man who gets under her skin at every opportunity?

Ari Harper never wanted to grow up.
To offset the limitations of aging ungracefully, she created her own set of unique worlds where she can be and do whatever she wants. 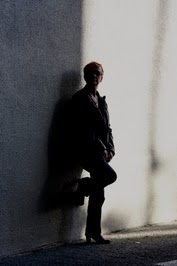 Gods, witches and demons surround Ari while she spins her magic, doing mainly what they tell her to do. Given a chance, she prefers to work amongst chaos, which is good because she is constantly surrounded by children, all clamoring for attention. Some of them end up in her stories, some of them even get to die grisly deaths or be cast away to another realm.
Links:
Facebook

My Thought's on Witchling
Mystery, friendship, adventure, and witchcraft is everything that I love about a great fantasy romance. Witchling is the first book in the Curse of Kin Series. The story is written in first person following Nera, who is this spunky girl that’s not afraid to tell you what is on her mind. She finds out early on that she’s not exactly who she really is. I really enjoyed the characters that Harper created, both Nera and Bones. Holy cow did the sparks fly right away between these two.

Overall, I think Harper did a phenomenal job and not only creating the characters and telling their story but also with great detail.
I give Witchling 4/5 Stars
Created by: abookandalattee at August 20, 2013 No comments: 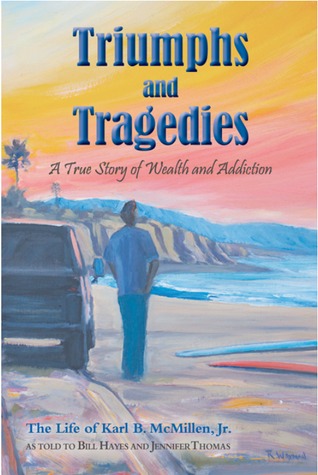 Goodreads               Amazon          Barnes & Nobles
About the Author
Born in 1928, Karl McMillen, Jr., grew up in a young and developing Southern California. From an early age, Karl displayed a drive for greatness; working odds-and-ends jobs, soaking up knowledge and skillsets from every available source.
Karl began plumbing tract houses in Southern California as a partner in Alert Plumbing. He went on to distribute plumbing supplies all throughout Southern California and Las Vegas as the owner of Todd Pipe & Supply, which grew to nine locations and employed over four hundred dedicated employees. Through Karl's hard work, dedication, and commitment to his employees and customers, the success of Todd Pipe became legendary.
Karl's story of business success is counterbalanced by the emotional deaths of his wife to cancer and of both his sons, who spent most of their lives battling substance abuse. Karl, too, has struggled with alcoholism and proudly carries his seventeen-year sobriety chip.
Karl's efforts to save his sons from drugs is a saga in itself, as he experienced firsthand the trials and errors of early rehab programs in the late 1960s and early '70s. It was this experience, coupled with his sons' struggles and deaths that drove Karl McMillen to the incredible philanthropy he is known for today.
After re-marrying in 2007, Karl and his wife Carol started The McMillen Family Foundation, which supports a long list of organizations dedicated to aiding those who suffer from substance abuse. To date, the McMillen Family Foundation has donated over $12 million towards the battle against drug and alcohol addiction.
abookandalattee’s Review:
Triumphs and Tragedies tells the life story of Karl B. McMillen. The beginning was the most moving for myself as Karl explained his own addiction and his seventeen years of sobriety. The drama that unfolds through his story between his family and friends shows what addiction can really do to one’s self.
After years of addiction, cancer, jail and even broken bones Karl’s able to reconnect with his father in which he finds love and forgiveness. Together.             When thinking about people with families I know they want the best for their children. No one wants a loved one suffering addiction, drugs, and jail. I think that no family should have to go through that let alone the one who truly needs help.
I really liked the detail that was put into Karl’s book from the pictures and special notes. It added a more personal touch to Triumphs and Tragedies.
abookandalattee’s Rating:
I give Triumphs and Tragedies 3 out of 5 stars.
Created by: abookandalattee at August 11, 2013 No comments: