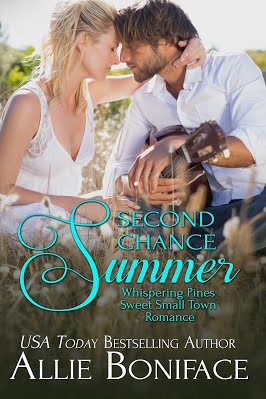 Ten years after leaving home, the last thing Summer Thompson expects is to inherit her estranged father's half-renovated mansion. And the last thing she wants is to face the memories of the night her brother died, fleeting as they may be. Now a San Francisco museum curator, she plans to stay east just long enough to settle the estate and get rid of the house. Until she finds it occupied by a hunky handyman who's strangely reluctant to talk about his past.

Damian Knight has been hiding his mother and sister from a violent ex, and Whispering Pines is the one place they’ve found peace and safety. He keeps to himself. He tells no one about his past. Yet when the lonely, haunted Summer steals his heart, he finds himself opening up to her in ways he should never risk. Especially to a woman who's planning to leave town after selling their refuge out from under them.

As their attraction grows, the past begins to catch up with them. Summer's mounting flashbacks leave her confused and determined to uncover the truth about the night her brother died. But that truth will cross paths with the man Damian and his family have been avoiding for years.

Can new love help them defeat the pain of the past? Or are some scars too deep to ever heal?

If you love small towns, memorable characters, and swoon-worthy happy endings, then you'll love this sweet romance by a USA Today best-selling author! (Note: this book was previously released as Summer's Song. Revisions and updates accompany this new version!) 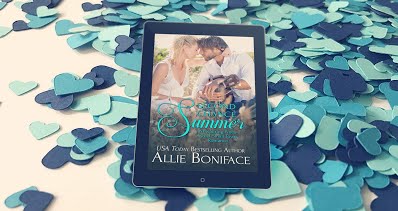 Allie Boniface is the USA Today best-selling author of over a dozen novels, including the Cocktail Cruise, Hometown Heroes, and Pine Point series. Her books are set in small towns and feature emotional, sensual romance with relatable characters you'll fall in love with.

Allie currently lives in a small town in the beautiful Hudson Valley of New York with her husband and their two furry felines. When she isn't teaching high school and community college English, she likes to travel, lose herself in great music, or go for a run and think about her next story. Take some time to browse around Allie's website, check out new and upcoming releases, and sign up for her newsletter. You'll get all the news about releases before everyone else, along with free stories available ONLY to subscribers. See you in virtual romance-land!

Created by: abookandalattee at April 29, 2020 No comments:

It’s New Year’s Eve and Natalie has a rare night off from her shifts at the hospital. Determined to have fun with friends, she stops at a local store for provisions. There, amongst the craft beer and pork rinds, she comes face to face with her high school boyfriend, Brennan McLean. He’s a rockstar. She’s a nurse. To say life led them in different directions would be putting it mildly. Still, time hasn’t lessened the electric chemistry between them. By the end of the night more was dropping than just the ball. Convincing herself she could have fun without getting attached, Natalie treats herself to a weekend tangled in the sheets with him. But that lie she told herself pops faster than champagne bubbles. With media rumors swirling around Brennan, can the pair find a way to make their unlikely relationship work? Or will Natalie’s resolution not to get her heart broken meet a painful end?

About Heidi:
Heidi McLaughlin is a New York Times and USA Today Bestselling author of The Beaumont Series, The Boys of Summer, and The Archers. Originally, from the Pacific Northwest, she now lives in picturesque Vermont, with her husband and two daughters. Also renting space in their home is an over-hyper Beagle/Jack Russell, Buttercup and a Highland West/Mini Schnauzer, JiLL and her brother, Racicot. When she's isn't writing one of the many stories planned for release, you'll find her sitting court-side during either daughter's basketball games. Heidi's first novel, Forever My Girl, has been adapted into a motion picture with LD Entertainment and Roadside Attractions, starring Alex Roe and Jessica Roth, in theaters January 19, 2018.
To stay connected with Heidi visit www.facebook.com/authorheidimclaughlin  or heidimclaughlin.com

New York Times and USA Today bestselling author L. P. Dover is a southern belle living in North Carolina with her husband and two beautiful girls. Everything’s sweeter in the South has always been her mantra and she lives by it, whether it’s with her writing or in her everyday life. Maybe that’s why she’s seriously addicted to chocolate.
Dover has written countless novels in several different genres, including a children’s book with her daughter. Her favorite to write is romantic suspense, but she’s also found a passion in romantic comedy. She loves to make people laugh which is why you’ll never see her without a smile on her face.

Pre-Order the Rest of the Series Today!!

Created by: abookandalattee at April 28, 2020 No comments:


“Just friends” is all Brooke and Dylan have ever been. (Except for that one night in high school, but they don’t talk about that.) Growing up, he was her protector. Her confidante. The one guy she could always trust.

Now she’s a marine biologist working toward her PhD in California, and he’s an underwear model in New York. Dylan’s only in town for a few days, crashing on Brooke’s couch and repaying the favor by acting as her date to a friend’s wedding.

It was totally an accident she saw him naked.

After that, “just friends” goes out the window in favor of friends with benefits.

It’s all going great…until it isn’t.

Dylan’s got a ticket back to New York at the end of the week, and Brooke may have accidentally broken his heart. Can they navigate these uncharted relationship waters? Or has she tanked her oldest friendship?

FREE for a limited time!

Susannah Nix is a RITA® Award-winning author of contemporary romance who lives in Texas with her husband, two ornery cats, and a flatulent pit bull. When she’s not writing, she enjoys reading, cooking, knitting, watching stupid amounts of television, and getting distracted by Tumblr. She is also a powerlifter who can deadlift as much as Captain America weighs.

Created by: abookandalattee at April 22, 2020 No comments: