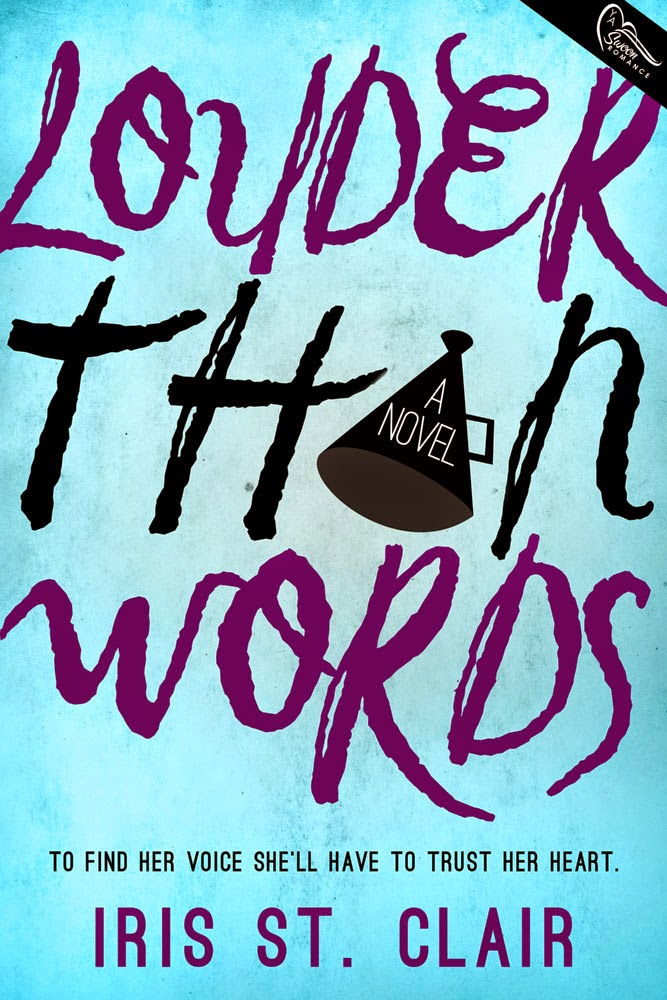 Summary from Goodreads:
Disappointment has been on speed dial in Ellen Grayson's life lately. Her dad's dead, her mom is numbing the grief with drugs and alcohol, and her so-called friends are slowly abandoning her. Trusting a popular teacher with her troubles should have been safe, shouldn't have led to an unwelcome seduction attempt, shouldn't have sent her running to the girls' bathroom for the final moments of her Junior year. Lesson learned. Best to keep all the sordid details of her life to herself.


Enter Rex Jacobi, a cocky teen recently transplanted from New York and fellow summer camp employee. Though his quick wit and confidence draws her in, she's not letting him get too close, not til she's sure she can trust him. By the time Rex's charming persistence wears down her resistance, it's too late. He's put Ellen on the perma-pal shelf and shifted his romantic attentions to her arch-rival. Even worse, the teacher who tried to seduce her is still misbehaving with impunity.

With her ability to trust as shaky as a chastity vow on prom night, Ellen must decide if she has enough remaining courage to speak up about her teacher and risk retribution, to tell Rex how she feels and risk heartbreak, or hold all her secrets inside, the only safe place she knows. 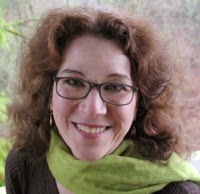 About the Author
Iris St. Clair is the pen name for a long-suffering cubicle worker by day, a Walter Mitty-like dreamer by night. (Her alter ego Tatiana Ivanadance also choreographs gravity-defying routines in those fantasies, but that's another bio.)
No matter what genre she writes, she prefers witty, insecure heroines and kind, persistent heroes able to break through to the gooey heart inside.
In high school she was voted most likely to win at Monopoly and Clue, but least likely to throw a ball anywhere near a target. Thank goodness writing requires less hand-eye coordination, punctuation errors notwithstanding.


Iris believes in the two-year "fish or cut bait" dating rule and has a 20+ year marriage and two teenaged sons as proof of concept. She lives, writes, dreams and dances in the rainy Portland, OR area.

Created by: abookandalattee at July 30, 2014 No comments: 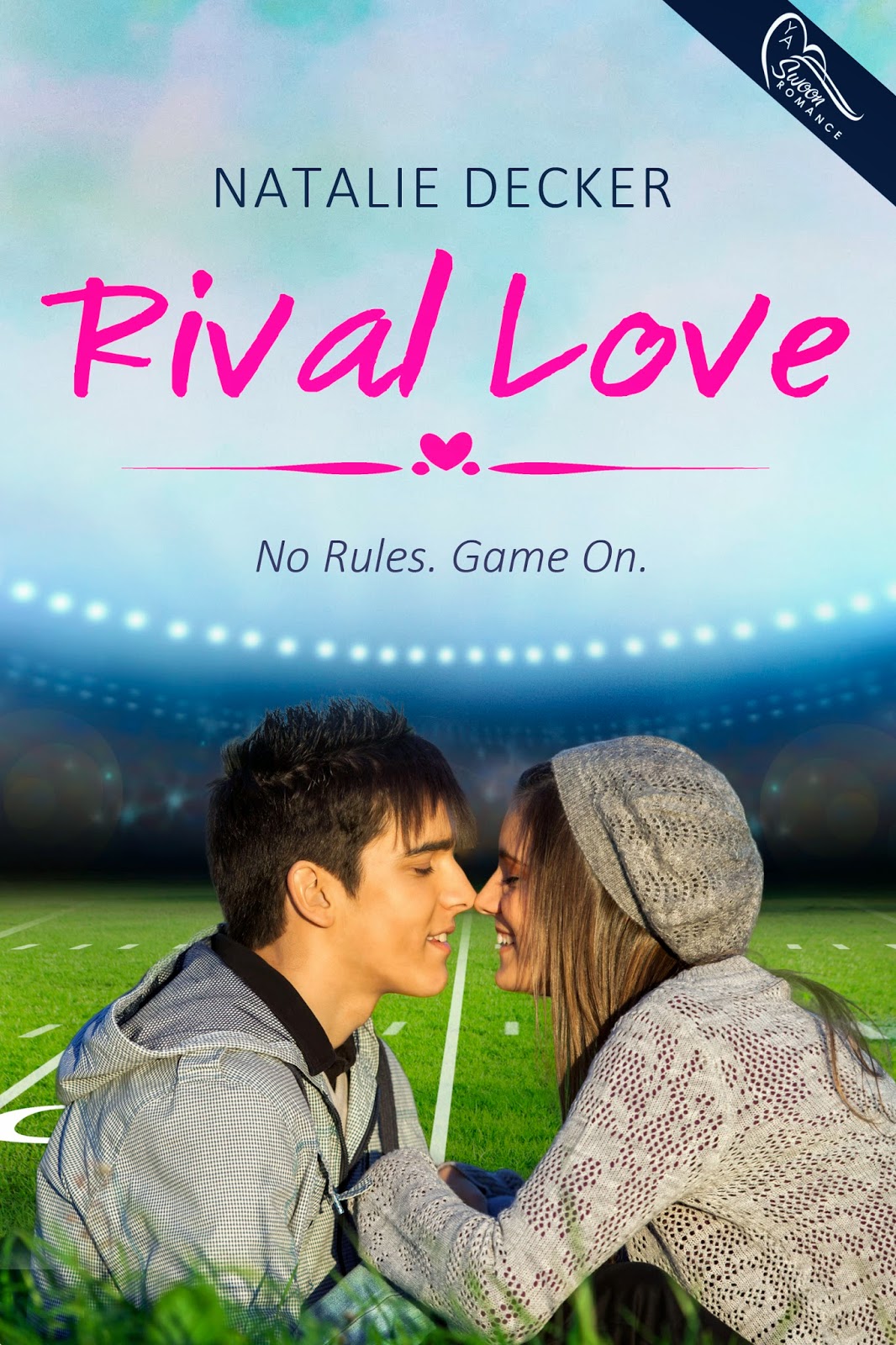 Summary from Goodreads:
Skylar Fletcher is a proud Harris Academy Bulldog! She has everything she’s ever wanted: a perfect boyfriend, great friends, and her dream college waiting for her in the fall. But nothing lasts forever. Skylar's world shatters when her mom decides it is time to move and drags Skylar, kicking and screaming, into Bobcat territory.

At Delmont High School, home of the Bobcats, Skylar has no friends and is often bullied. To make matters worse, her home life sucks thanks to all-star quarterback Caleb Morgan, nephew of her mom's live-in boyfriend.

At first Skylar and Caleb want nothing to do with one another. But they soon discover they're not that different after all--and each is harboring a secret attraction to the other. But can a Bulldog and a Bobcat ever really be more than friends? And are Skylar and Caleb willing to risk everything to find out? Rival Love is a debut young adult contemporary romance from Natalie Decker.

About the Author
Natalie Decker is the Author of Rival Love. She loves oceans, sunsets, sand between her toes, and carefree days. Her imagination is always going, which some find odd. But she believes in seeing the world in a different light at all times. Her first passion for writing started at age twelve when she had to write a poem for English class. However, seventh grade wasn’t her favorite time and books were her source of comfort. She took all college prep classes in High school, and attended the University of Akron. Although she studied Mathematics she never lost her passion for writing or her comfort in books. She’s a mean cook in the kitchen, loves her family and friends and her awesome dog infinity times infinity. If she’s not writing, reading, traveling, hanging out with her family and friends, then she’s off having an adventure. Because Natalie believes in a saying: Your life is your own journey, so make it amazing!

Created by: abookandalattee at July 23, 2014 No comments:

So I want to apologize to all my followers and tour hosts as I have been MIA for several months. I had to take some time to myself and get things figured out. I’m back now and I’m ready for all of these amazing new releases. I’m going to be starting out by taking it slow for a couple months and get back on my feet. Does anyone have any new titles that they’d like to share? I would greatly appreciate it since it’s been awhile! I’m kind of out of the loop so to say.

Thank you for your understanding and I look forward to the coming months.

From bestselling author Luanne Rice—a captivating and sexy novel of love, both enduring and unexpected.


About The Lemon Orchard:

A heartrending, timely love story of two people from seemingly different worlds—at once dramatic and romantic

In the five years since Julia last visited her aunt and uncle’s home in Malibu, her life has been turned upside down by her daughter’s death. She expects to find nothing more than peace and solitude as she house-sits with only her dog, Bonnie, for company. But she finds herself drawn to the handsome man who oversees the lemon orchard. Roberto expertly tends the trees, using the money to support his extended Mexican family. What connection could these two people share? The answer comes as Roberto reveals the heartbreaking story of his own loss—a pain Julia knows all too well, but for one striking difference: Roberto’s daughter was lost but never found. And despite the odds he cannot bear to give up hope.
Set in the sea and citrus-scented air of the breathtaking Santa Monica Mountains, The Lemon Orchard is an affirming story about the redemptive power of compassion and the kind of love that seems to find us when we need it most.
Amazon | B&N | iBooks
Excerpt

Roberto
September 2012
Right now the breeze blew cool off the Pacific, but Roberto knew it could shift at any time. Summer had ended, and now the desert winds would start: the Santa Anas, roaring through the mountain passes, heating up as they sank from higher elevations down to the coast, and any flash, even from a power tool, could ignite the canyon. It had been dry for two months straight. He walked to the barn, where the control panel was located, and turned on the sprinklers.
The water sprayed up, catching rainbows as the sun crested the eastern mountains. It hissed, soft and constant, and Roberto couldn’t help thinking of the sound as money draining away. Water was delivered to the orchard via canal, and was expensive. The Rileys had told him many times that the important thing was the health of the trees and lemons, and to protect the land from fire.
He had something even more important to do before his coworkers arrived: make the coastal path more secure. He grabbed a sledgehammer and cut through the grove to the cliff edge. The summer-dry hillsides sloped past the sparkling pool, down in a widening V to the Pacific Ocean. Occasionally hikers crossed Riley land to connect with the Backbone Trail and other hikes in the mountain range. Years back someone had installed stanchions and a chain: a rudimentary fence to remind people the drop was steep, five hundred feet down to the canyon floor.
He tested the posts and found some loosened. Mudslides and temblers made the land unstable. He wished she would stay off this trail entirely, walk the dog through the orchard, where he could better keep an eye on them, or at least use the paths on the inland side of the property. But she seemed to love the ocean. He’d seen her pass this way both mornings since she’d arrived, stopping to stare out to sea while the dog rustled through the chaparral and coastal sage.
He tapped the first post to set his aim, then swung the sledge- hammer overhead, metal connecting with metal with a loud gong. He felt the shock of the impact in the bones of his wrists and shoulders. Moving down the row of stanchions, he drove each one a few inches deeper into the ground until they were solidly embedded. The wind was blowing toward the house. He hoped the sound wouldn’t bother her, but he figured it wouldn’t. She rose early, like him.
© 2014 by Luanne Rice

About Luanne Rice:
Luanne Rice is the author of thirty-one novels including many New York Times bestsellers. Five of her books have been made into movies and mini-series, and her work has been featured at Hartford Stage in Hartford, Connecticut, the Geffen Playhouse in Los Angeles, California, and in several off-Broadway theatre productions. She divides her time between New York City and the Connecticut shoreline.

Created by: abookandalattee at July 16, 2014 No comments: 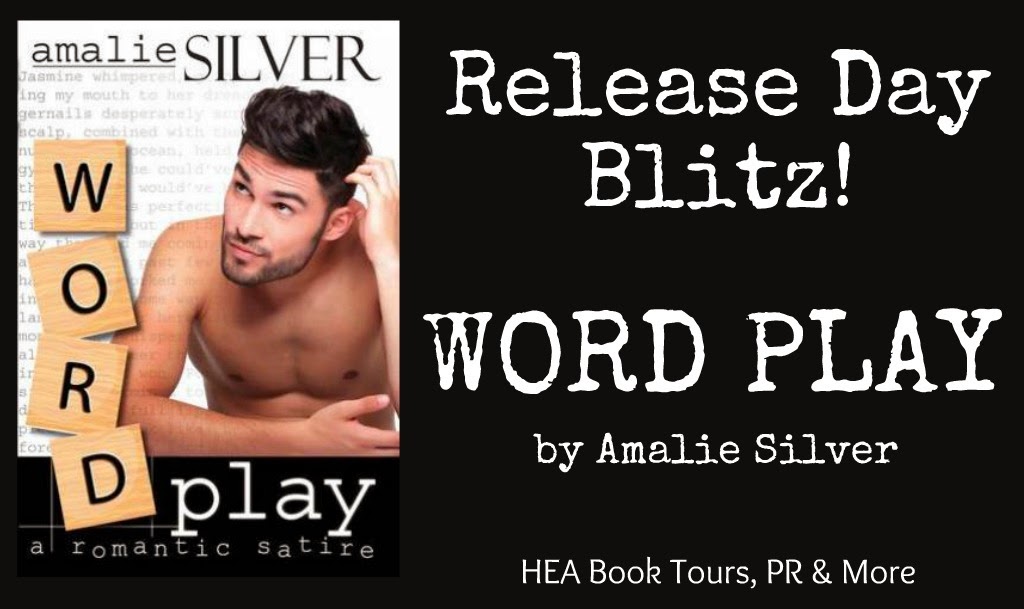 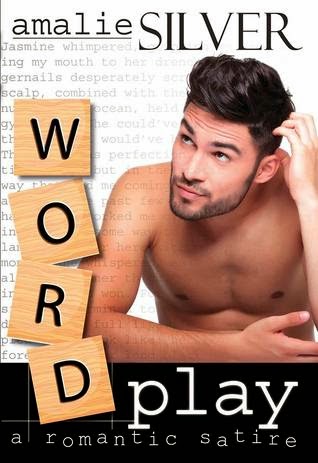 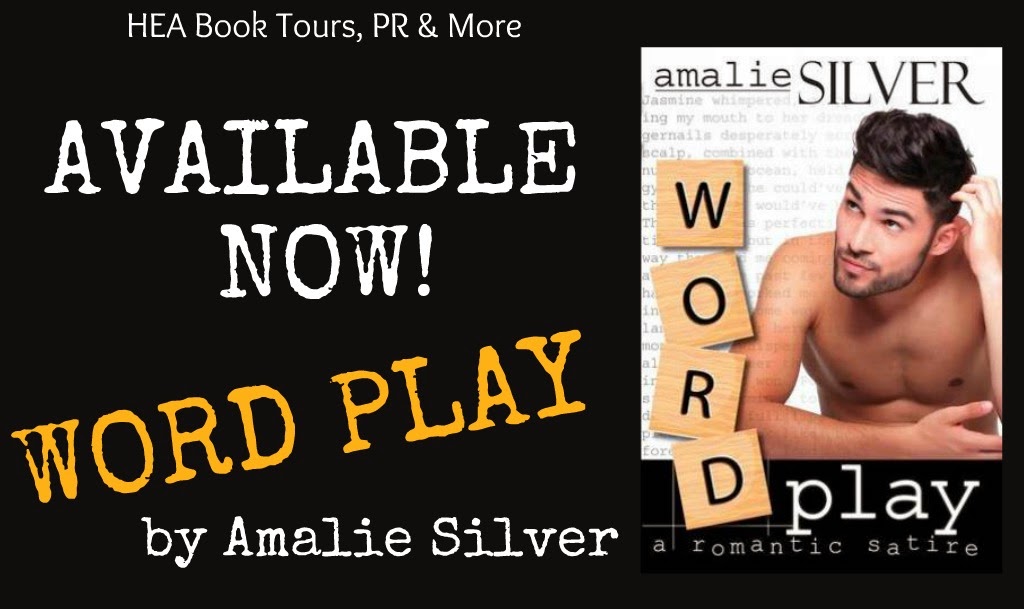 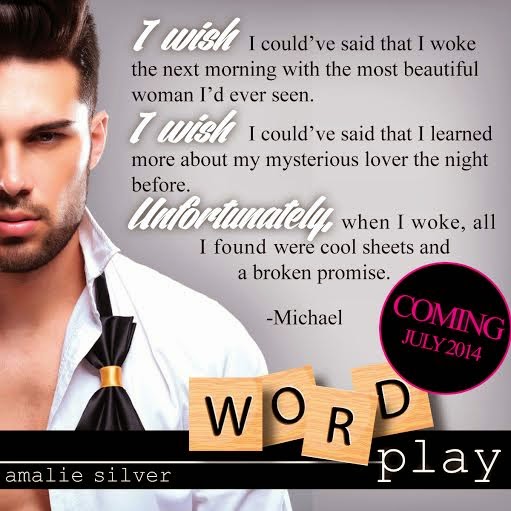 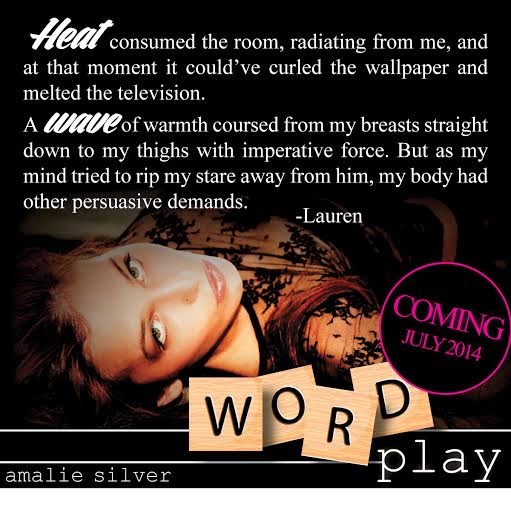 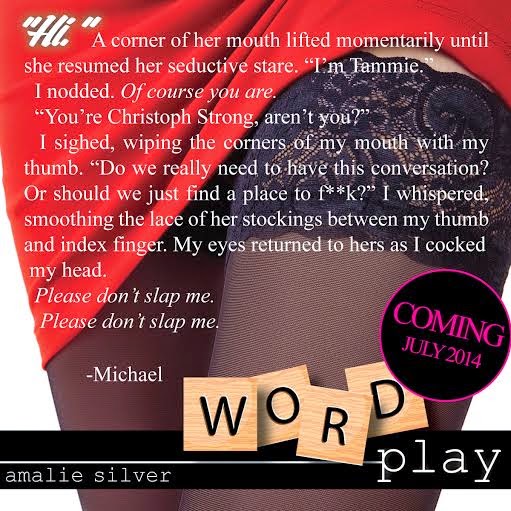 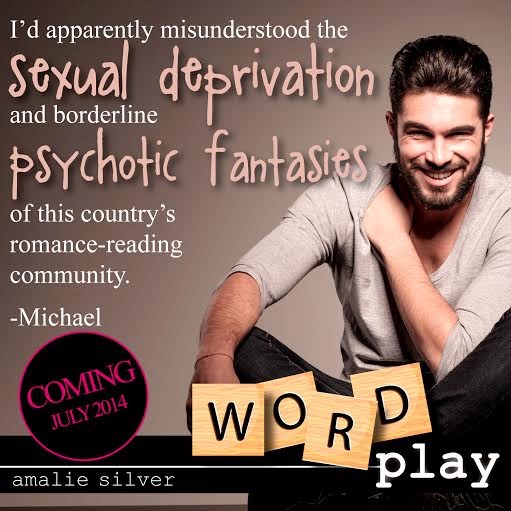 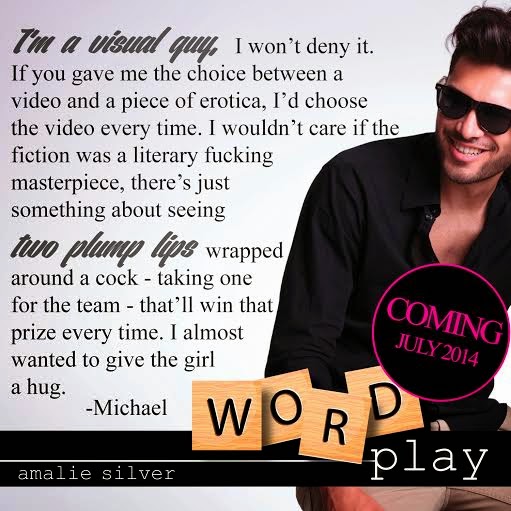 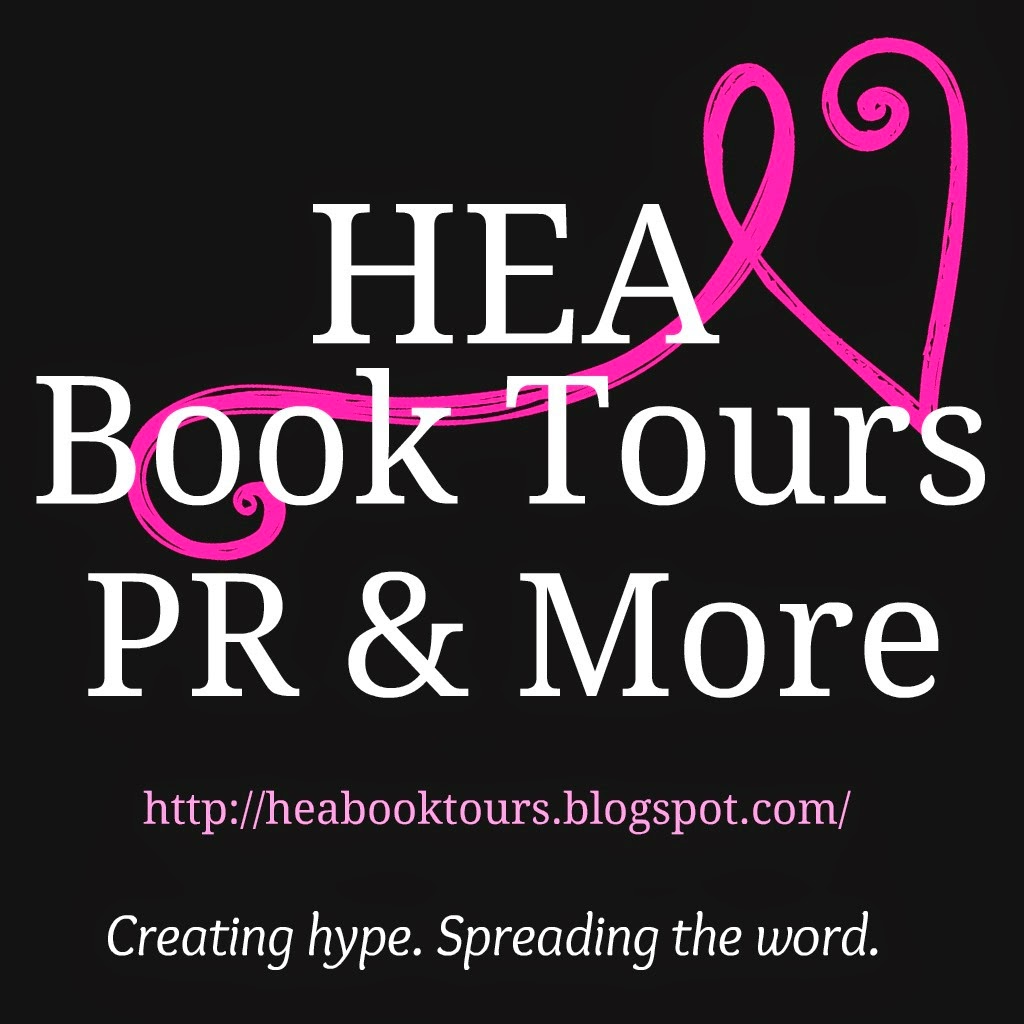 Created by: abookandalattee at July 14, 2014 No comments: