Sacred Bond by C.A. Harms and Evan Grace is releasing on July 7th!

Add it to your TBR today!
https://bit.ly/SacredBondTBR 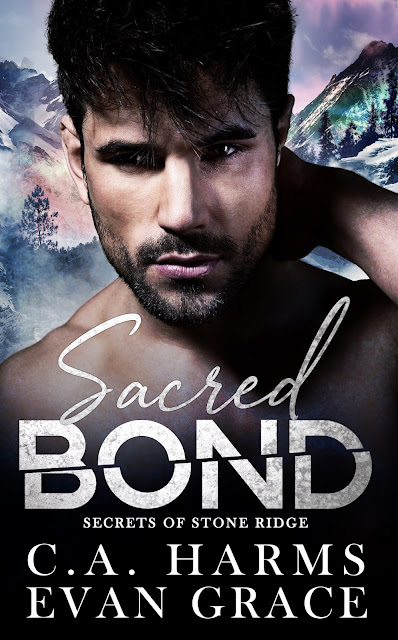 From the outside, Stone Ridge appeared to be a small, welcoming town in Montana with sweet shops and friendly faces. Yet no one knew the true powers it held, the ancient secrets that were hidden, or the pain that had unfolded when the ancestors were met with a force so great it left them all in shambles.

The key to resurfacing the powers of the land fell into the hands of Merick. But in order to do so, he would need to build an army. One big enough to withstand those that threatened him and all that he stood for.

Taryn left the big city life looking for a change, a chance to discover herself. Little did she know, her life would unravel in more ways than she could’ve ever imagined. And all because of one man.

The dark-haired stranger. The one that felt so familiar, yet she had no idea why. They’d never met before...or had they?

Whenever he was near she felt a strong connection, one that could not be denied. That feeling of déjà vu. Like she’s lived that moment before, seen those eyes, heard that voice. Even his touch felt electric.

A Sacred Bond had formed.

Turns out, Taryn was the key to it all. She was written in Merick’s destiny, long before their time. 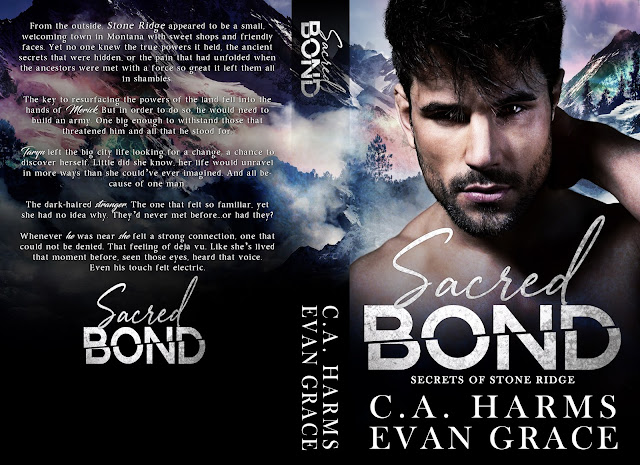 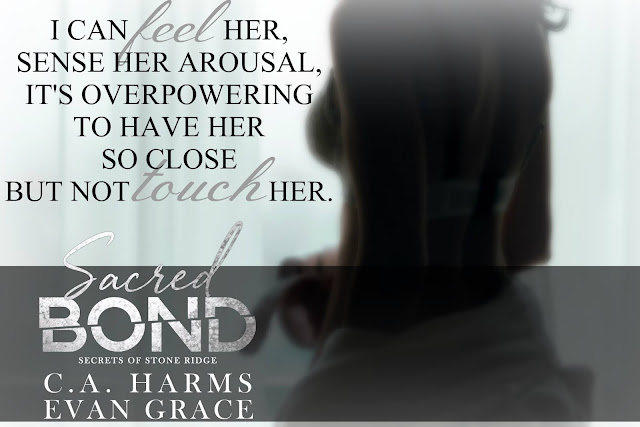 Meet The Authors:
C.A. Harms is an avid romance and mystery reader. She's always had a love for books, getting lost in writing and storytelling even as a young girl. She enjoys happy endings and HEA love stories.

She lives in Illinois and enjoys spending time with her husband and two children. She holds an addiction for Starbucks White Chocolate Mocha’s and KitKat when she should really be focusing on water and maybe a fruit or two to make herself feel less guilty, but that feeling quickly passes...thankfully.

She is easy going, fun, and although she may seem like one of the quiet ones at first, you just wait until she gets to know you better...that quietness changes, fast.

A Midwesterner and self-proclaimed nerd, Evan has been an avid reader most of her life, but five years ago got bit by the writing bug, and it quickly became her addiction, passion and therapy. When the voices in her head give it a rest, she can always be found with her e-reader in her hand. Some of her favorites include, Shayla Black, Jaci Burton, Madeline Sheehan and Jamie Mcguire. Evan finds a lot of her inspiration in music, so if you see her wearing her headphones you know she means business and is in the zone.

During the day Evan works for a large homecare agency and at night she’s superwoman. She’s a wife to Jim and a mom to Ethan and Evan, a cook, a tutor, a friend and a writer. How does she do it? She’ll never tell.