Bringer of Chaos: Forged in Fire
The Sempervian Saga (Book 2) by Kayelle Allen 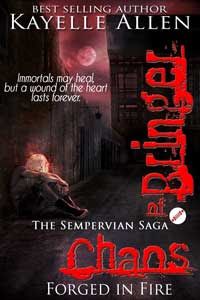 BLURB:
Humans created the Ultras, a genetically enhanced race, to defend mankind. Instead, Ultras became their greatest threat. With the help of traitors, humans captured half a million of the immortal warriors.
Exiled to an alien world with no tech, no tools, and no resources, their leader, Pietas, must protect his people, find food and shelter and unite them. But before he can, he must regain command from a ruthless adversary he's fought for centuries--his brutal, merciless father.
Ultras are immortal, and no matter how they die, they come back. Reviving after death isn't all it's cracked up to be. Some wounds heal instantly and a few take time, but battered and broken trust? Immortals may heal, but a wound of the heart lasts forever.

In this excerpt, Pietas and the search party sent to find him have become lost and have walked for hours. When he realizes they're near a summit that will allow him to see the valley they searched for, he heads for it. Joss, the telepath and warrior he loves tries to keep him from going, insisting she has a better vantage point. Pietas suspects a trick.
"Joss. The truth this time. What are you hiding?"
While she studied him, he remained motionless. The gentle prod of her mind against his shields reminded him she'd seen his thoughts despite his best efforts. Or perhaps she'd allowed him to be aware. In the past, he'd noticed such intrusion during training but never outside it.
"Pietas, if you want to see the caldera from this point, I can't stop you, but once you see what's out there, you can never unsee it. I'd like to spare you the devastation until you've had a chance to see the good side. If I take you in through the pass you can appreciate the true beauty of this place first. Maybe think of a way we can make it work here. Survive."
Devastation.
According to Joss, half a million of his people lay in helpless cryosleep within lifepods on the other side of that hill. Over three thousand pods had been damaged beyond saving. The frozen immortals within them had shattered like spun glass.
A short hike above, the summit waited. In two short minutes he could see for himself. "How long would your route take us?"
"Less than a half hour."
Once more, the short distance to the actual summit drew his attention. How many steps?
"Pi?" Six nudged him. "Is that even a blink in the life of an immortal?"
"No, ghost, it's not." How grateful he was for this man. "Besides, I'm patient."
His sister scoffed. "You?" Turning to the twins, she pointed at Pietas. "That is not my brother."
No, he was not. He was far better. His sister could see the change. Why would she not accept it? Resisting the urge to respond with cynicism, Pietas shut his mouth.
He gestured toward the route Joss wanted to take. "Let's go your way."
"Thank you for listening to me." Joss took Pietas by the hand, reached up, and dragged a fingertip down the cleft in his chin. "This place is stunning. I hate that so much of it will be spoiled by our being here."
"Why? Has Mother released environmental impact studies?"
"No, she--" More than anything, the look Joss sent his way resembled pity. "You'll see. Not far now."
"You've been saying 'not far' for hours. Did I not teach you to mark trails?"
"I'm sorry, Pietas. It won't happen again."
Oh, but it would. She wouldn't meant to, but it would. He'd tried for centuries to teach her how to find her way, to no avail. He kissed her cheek and drew her into his arms, savoring her warmth against his body.
"Joss." He placed his mouth near her ear. "You couldn't find your way out of a round room with one door."
She jerked up her head and looked at him, her eyes wide.
He drew a fingertip down her cheek and out across her full lower lip. "And I adore you for it." 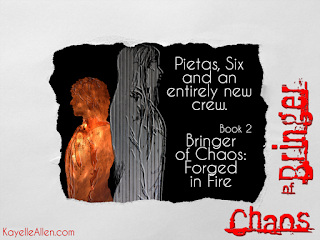 Bringer of Chaos: The Origin of Pietas
The Sempervian Saga (Book 1)

Why should Pietas end the war with humans?

His people are winning, yet they insist on peace talks. The Ultra people want to grant humans a seat on the Council. Pietas ap Lorectic, Chancellor of the High Council, War Leader and First Conqueror, disagrees. What's best for mortals is oppression, control, and if necessary, elimination.
Pietas seethes with rage at the idea of human equality. Humans might have created Ultras, but the creation has far surpassed the creator. Humans die. Ultras are reborn, no matter how grievous the injury. They have no equals.
His people permit him no choice. He must attend these insipid peace talks on Enderium Six and what's worse, be polite. To humans.
When a human special ops warrior is killed in battle, he's resurrected in a secret process and inducted into the Ghost Corps. He's given enough strength to perma-kill immortal Ultras. Ghosts are the most hated and feared of warriors.
When the ghost entraps and captures Pietas at the peace talks, the two begin a long journey toward Sempervia, an isolated and forgotten world. Once there, Pietas is marooned and the ghost abandoned alongside him. The two must either fight to perma-death, or join forces to survive.


As Pietas comes to trust the human, an unlikely and awkward friendship begins. Until he discovers how ghosts are resurrected...
Amazon Buy Link 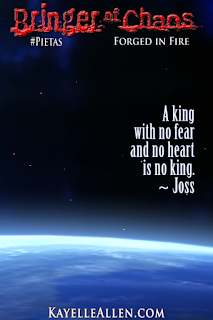 Free -- download Endure, Illustrated Quotes by Pietas (as told to Kayelle Allen). Enjoy an exclusive collection of quotes on the concept of endurance by the man known to other immortals as the Bringer of Chaos. https://kayelleallen.com/media/30-days-endure.pdf
Download a free adult coloring book you can print and share. Relax and color with friends. It's fun! https://kayelleallen.com/media/pietas-coloring-book.pdf 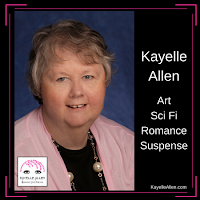 Created by: abookandalattee at November 24, 2017