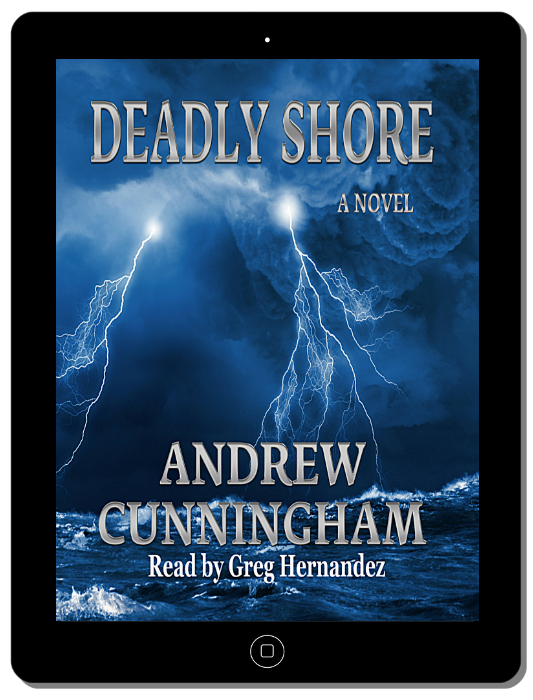 It's July 5th, and the Cape Cod roadways are clogged with tourists heading home from the holiday weekend and trying to outrun an approaching potentially catastrophic hurricane. But in the blink of an eye, their lives are thrown into chaos when terrorists bring down the bridges to the Cape. Instantly, a half million terrified people have no way to escape. And when the terrorists threaten to release anthrax on the captive population if their demands aren't met, fear turns to all-out panic. With time running out, Marcus Baldwin, a private investigator and former CIA operative, and Sara Cross, a disgraced ex-homicide detective, are brought together by a sole clue to the identity of the terrorists. They quickly realize that they may be the only ones with even a chance at stopping the plot before it's too late. With Hurricane Chad barreling up the coast on a path for a direct hit on Cape Cod, it becomes frighteningly clear to everyone trapped on what has now become an island - one way or another they are probably all going to die.

I was born in England, but have spent most of my life living in the U.S.—including 25 years on Cape Cod before moving to Florida. A former interpreter for the deaf and long-time independent bookseller, I've been a full-time freelance writer and copy editor for many years. A 4th-degree Master Blackbelt in Tang Soo Do, I finally retired from active training when my body said, "Enough already! Why are you doing this to yourself?" I'm married, with two grown children and two awesome grandsons. My wife and I spend as much time traveling as we can, and are especially fond of cruising the Caribbean.
​I have been gratified by the response to my books. When I published Eden Rising back in the spring of 2013, I had no idea what to expect. When I sold my first few copies, I was excited beyond belief that someone was willing to take a chance on it. Numerous books and thousands of copies later, I am still humbled by the emails I get from readers telling me that my books kept them up late into the night. In October of 2014, Wisdom Spring made me an official Amazon Bestselling author, a thrill I never thought would happen. But it still comes down to being able to bring a few hours of escape to a reader. That's what it's all about for me.

For more than 20 years I worked as a radio news reporter and news writer. I spent half of my broadcasting career at ABC News Radio in the Washington, D.C., bureau. I covered all the federal agencies as well as Congress and the White House. I reported on a wide range of stories during my career, including financial and entertainment industry news. I have worked as a federal government spokesman at three separate agencies for more than 20 years. At the National Oceanic and Atmospheric Administration (NOAA, U.S. Commerce Department), I introduced podcasting in 2005 just a few weeks before Hurricane Katrina struck the Gulf Coast of the United States. The 19 podcasts I narrated and produced from August 2005 to June 2007 were downloaded more than 600,000 times during that period. They're still online at the following link. http://www.noaa.gov/podcasts/podcast-archive.html I enjoy narrating audio books because it gives me great satisfaction bringing to life books of all genres, especially mysteries and thrillers.

Deadly Shore had me right at the very beginning. I couldn’t put it down and had to find out what happened with Cape Cod and the characters. Not only did they have to deal with a group of strangers blowing up the three bridges into Cape Cod and the airport runway but a hurricane that was on its way as well.
The narrator, Greg Hernandez did a wonderful job expressing all the different emotions from the characters. His accents and different tones were great and this is the first time I’ve listened to an audiobook that he’s read. Greg was able to read well with no mistakes. Overall Greg did an amazing job.
Deadly Shore receives five stars!

➜Sign up as a host here
Created by: abookandalattee at June 24, 2017