Book One in The Empathetic Enchantments Series

(None of this has been edited yet. It is for cover reveal purposes only)

A little note from Sammie

I just wanted to thank Katrina Henderson who is my cover artist and also my cousin. She went way out of her comfort zone for me and did my cover because she loves me. I wanted to honor what a terrific artist she is by sharing her work with everyone. 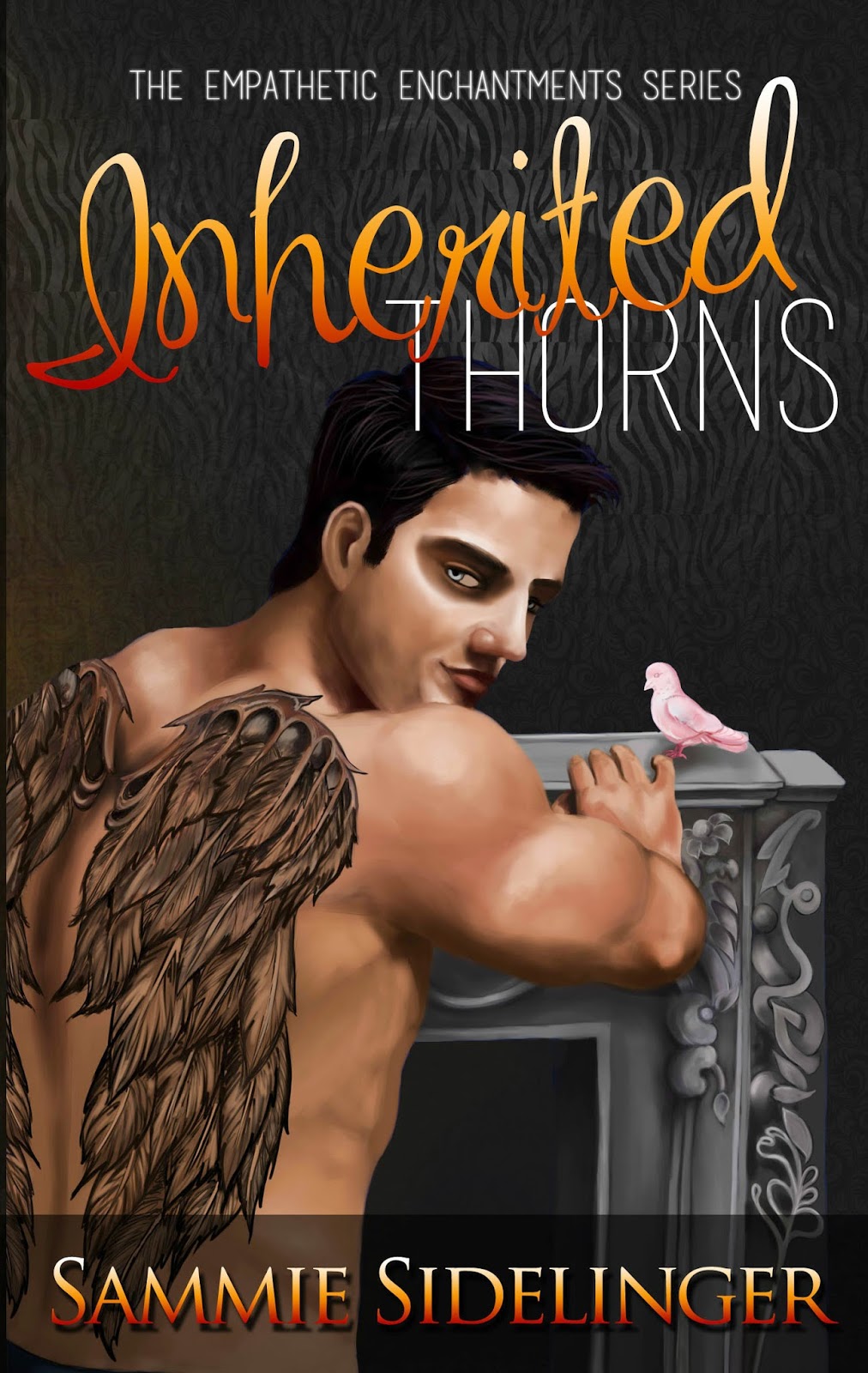 Acer Randall took off from reality on his motorcycle, wind in his hair, without looking back. In an attempt to get his head put back on his shoulders right, after learning he has a life-long cross to bear for the rest of his existence, Acer attempted to shake the self-image he'd always been proud of.
Due to this dark, family secret, he thinks he'll never have a chance to father children or have a real future. He would never put another person through the hell he lives daily. There had always been talk of the beast residing in the deep back woods in Maine. Growing up, Acer had no idea that the curse the town folk talked of was the same one that flowed through his very own veins.
After attempting to take his own life several times, he decided to run with a pack of warlocks as the enforcer for several years to get away from his family and the truth he doesn't want to face.
While on the road home with only one assignment to finish, Acer runs into trouble her name's Haven and she's the only thing he has ever wanted that he couldn't have. He finds himself in a situation where he could look at the future with the woman his body remembers and desires. Nonetheless, she is going to kill him... Now the one time he doesn't want to run away from life, he needs to stay on the move as he stands to lose it all. Nevertheless who wants to live without what the soul wants?

Life amongst my people on our Native American reservation felt natural. Outside of the reservation I had the uncanny ability to stand out from anyone you had ever met. My dark brown hair and gray eyes were a huge contrast to one another.


Hell, I couldn't even grasp the concept that I rupture out of my body morphing into a bizarre freak of nature and transition back into being a man. My ancestor's curse on my dad's side of the family stems from generations ago. Single handedly my life was fucked up and the quality of it by the worst type of hex's, causing the mutation in our lineage. The ones cast from broken love couldn't be broken or suppressed by anything except the source.


Cursed, each generation, morphed into unappealing monsters covered in long profuse fur, reminiscent of your favorite cat Patches. My eyes now glimmered and shifted wildly from grey to a smoldering silver mercury color. Branded by tribal wings that appeared like tattoos trailed down my back, one wing for each attempt to terminate my own life. Hideous and branded for everyone to recognize my sins, my weakness and my fuck ups.


I determined after my second failed attempt; and woke up to my grieving family. No matter how much pain I experienced, I would suffer through the cruelty of life and suck it the fuck up every miserable day. My family would in no way ever agonize because of me and my stupidity again if I could help it. Nonetheless, I felt broken and soiled by the transformation, that caused me to appear as an enormous disgusting beast proved to be the entire reason I attempted suicide besides taking my best friends youth. I fought to keep my emotion in check. One day at a time becoming more of an asshole that I'd grown to despise further daily.
Anguish and incomprehensible turmoil consumed my being. Each thump of my heart reminded me I'd been, in spite of everything, alive. Breathing nonetheless that being the most anyone could expect from me. My prayers every day were for the Gods to terminate me. A tortured soul, unworthy of a life. Labored breaths came to me one at a time. Alive once again. "Why did they bring me back from death again? They should have saved someone who deserved to live, who wanted to."
I felt the pain of everyone around me as if the grief and torture belonged to me personally. Life felt as though my inherited gift was thorns that shredded the essence of my soul one empathetic sensitivity at a time. To see people for who they truly were, for yet another day was part of my gift. The viciousness that lies within people is apparent to me. Not only through feeling their emotions but part of my ability is that I can see the ugliness of their soul as bubbling black tar on their flesh. I instantly know if a person is as shitty on the inside as they are on the outside. They can't deny the ugliness from me and they can't cover that shit up. No amount of makeup could hide the ugliness a soul radiates or in few the beauty.
Two nurses in my room whispered as they took my vitals and kept the pain meds dripping into my iv. I hadn't even opened my eyes yet from my latest attempt. My ability hadn't left me, I could tell you so much about either of the nurses from being in my presence for only three minutes.

About The Cover Artist


Katrina Henderson is a digital and traditional artist.  She attended Bridgewater State University in Massachusetts and graduated class of 2005. She received a Bachelor's of Art, with an emphasis in Graphic Design.  After graduating, she chose to start a family with her wonderful husband. They have been married for eleven years and have three children.

Roughly eight years ago, she discovered digital painting online through a website called DeviantArt and was hooked ever since. After that, she searched for online tutorials and guides to start her journey of being a "self-taught digital artist". Even though she primarily works in digital, Katrina still enjoys creating paintings and drawings with traditional mediums including charcoal, graphite pencils, colored pencils, and Acrylic paints.

As of late, Katrina has been trying to get back to her roots and use more traditional mediums over digital. She plans to continue pushing herself outside of her comfort zone and striving to become even better with hard work, dedication, and lots of creativity.


Sammie Sidelinger lives in the seasonal coastal state of Maine with her three amazing boys and her sweetheart she fell in love with while in middle school. Yes, in this instance the bad boy did work out for this girl next door. They are thrilled to raise their three handsome children in the place where if you don't like the weather, wait five minutes it will change. Sammie tries to look at life the same way as she does the weather. Nothing is permanent including work which she fortunately or as some may think, unfortunately found out, allowing her the time to follow her dreams. Her love for the supernatural and the stories passed through generations has encouraged her obsession with the paranormal to move forward with her writing. She feels like creativity sparks the flow of her blood stream, spilling her essence onto paper to share with others. When she isn't writing to purge her deep emotions you can find her spending time with her energetic young family (who embraces and encourages her level of crazy) or cuddled up devouring books. She would love to hear from readers and share their mutual love of the written word.