We are hosting the Cover Reveal for the fifth and final book in the Kathleen Turner Series by Tiffany Snow, POINT OF NO RETURN. 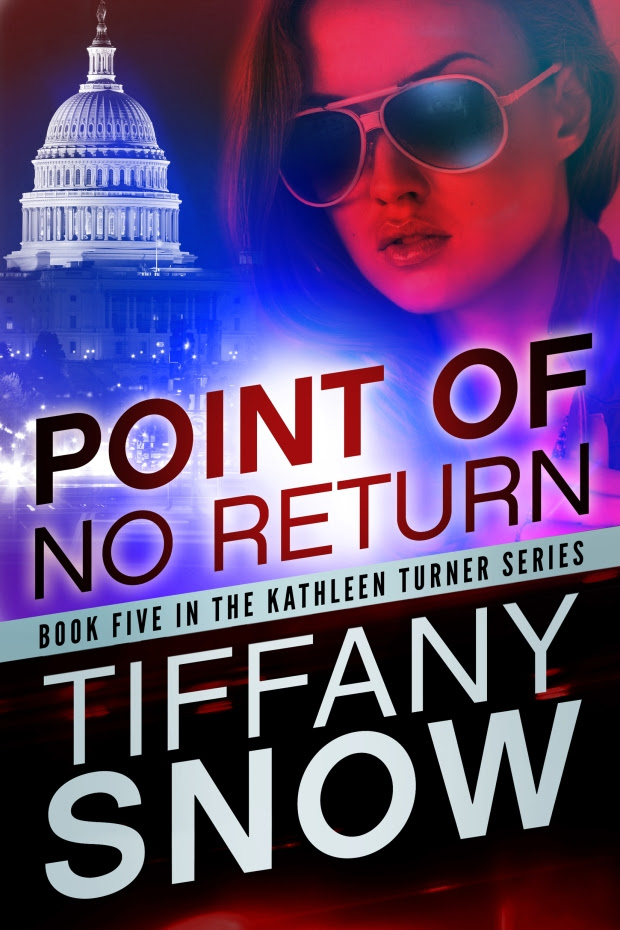 It's time for Kathleen to choose. POINT OF NO RETURN, the epic conclusion to The Kathleen Turner Series.

I love to write and am thrilled to be a part of the Amazon Montlake family. My debut novel, NO TURNING BACK, is the first book in The Kathleen Turner Series. I write about things I love to read myself - a heroine who could be a neighbor or best friend; two men who each portray their own version of darkness and light, each vying for her affection; and a story that focuses as much on the characters as it does the suspense. NO TURNING BACK, TURN TO ME, and TURNING POINT currently comprise The Kathleen Turner Series. The fourth book, OUT OF TURN, will be released 12/17/13. There will be a total of five books in the Kathleen Turner Series. As for me, I've been reading romance novels since I was way too young to read such things, have an unhealthy obsession for all things Doctor Who, prefer Pepsi to Coke and Absolut to both, think men who drink girly cocktails are wusses, have learned to never stop believing in my beloved St. Louis Cardinals, and can recite the entire scripts of When Harry Met Sally and Apollo 13. George Washington is cool, Bon Jovi still rocks the house, and Bruce Willis is the ultimate alpha-male hero. Most of all, romance never, ever gets old. Visit my website www.Tiffany-Snow.com for more information and special extras.

Created by: abookandalattee at November 17, 2013