Review 10: Running with the Enemy (Lloyd Lofthouse) and Giveaway

"Running with the Enemy" by Lloyd Lofthouse was awarded an honorable mention in general fiction at the 2013 San Francisco Book Festival. 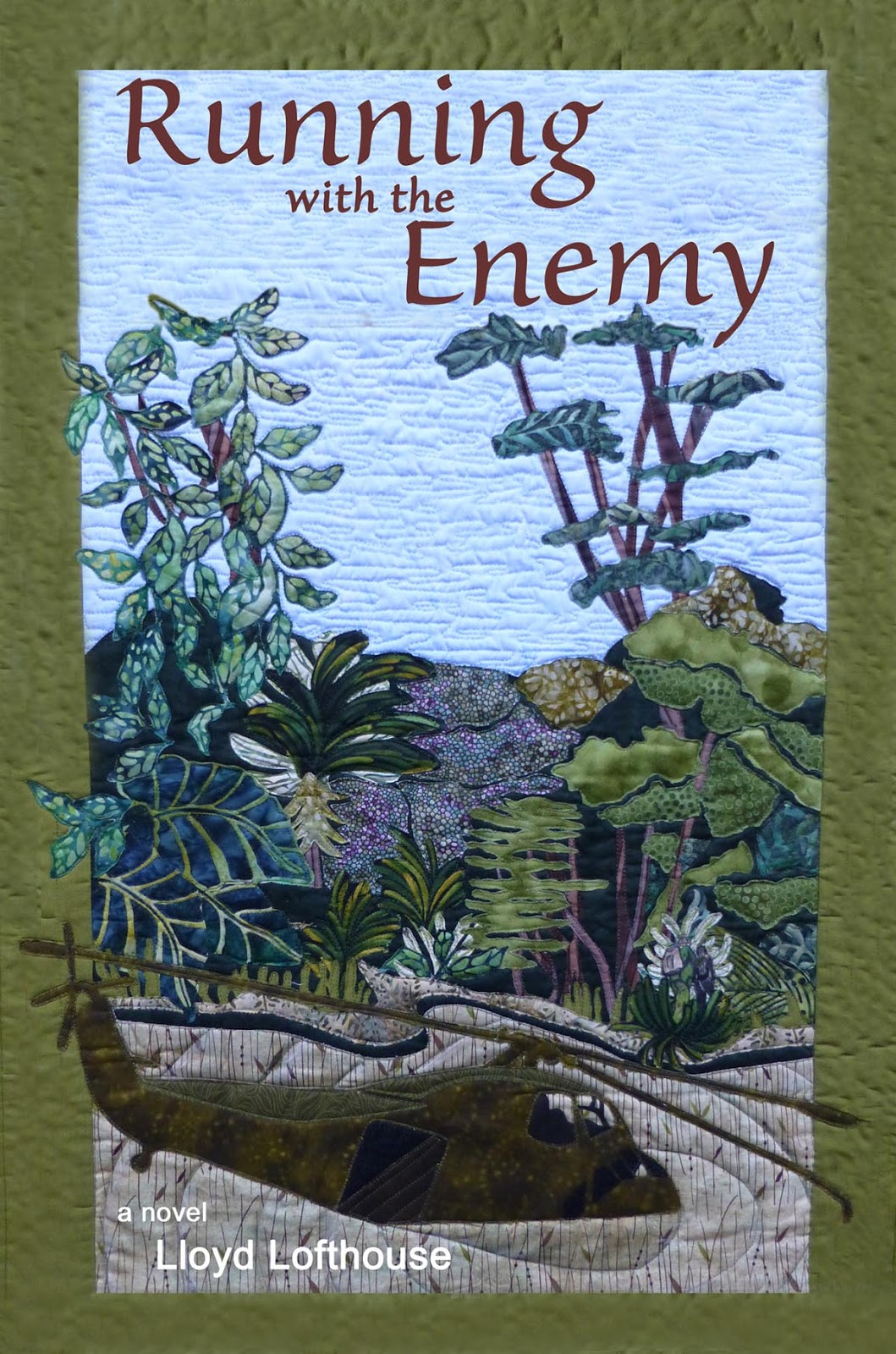 Title: Running with the Enemy
Author: Lloyd Lofthouse
Publisher: Three Clover Press
Date Published: February 1, 2013
Format: Print Copy
Source: Received copy via Virtual Author Book Tours
Synopsis:
In this suspense thriller set during the Vietnam War, Victor Ortega is a rogue CIA agent, and he needs someone to blame for his crimes. Recon Marine Ethan Card is the perfect patsy. As a teen, Ethan ran with a Chicago street gang, and he has a criminal record. He also has a secret lover, Tuyen, who is half Vietnamese and half French.
Tuyen is a stunning, beautiful Viet Cong resistance fighter.
Since she was a young child, Tuyen has lived under the control of her brutal, older, sexually abusive half-brother, Giap, a ruthless and powerful Viet Cong leader, who has forced her to kill Americans in battle or die if she refuses.
When Ethan discovers he is going to be court marshaled for weapons he did not sell to the Viet Cong and Tuyen will be arrested and end up in an infamous South Vietnamese prison, where she will be tortured and raped, he hijacks a U.S. Army helicopter and flees with Tuyen across Southeast Asia while struggling to prove his innocence.
Victor Ortega and Giap—working together with the support of an unwitting American general—will stop at nothing to catch the two, and the hunt is on.
The star-crossed lovers travel across Laos to Cambodia’s Angkor Wat; to Bangkok, Thailand, and then to Burma’s Golden Triangle where Ethan and Tuyen face a ruthless drug lord and his gang.
In the rainforests of Burma, Ethan also discovers Ortega and Giap have set in motion a massive assault on his Marine unit’s remote base in South Vietnam with the goal of killing the man he admires most, Colonel Edward Price, who is the only one who believes Ethan is innocent.
Ethan must risk everything to save Price and his fellow Marines. Will he succeed?
Read Chapter One.

I’m not quite sure where to start on this review, but I do know that Running with the Enemy was everything and more than I was expecting. First off, the way Lloyd had everything under control from the plot and setting to the character developments and the historical elements that were added. Everything was extremely vivid, as if I was experiencing it first-hand.

Now talking about the extremely sexual love affair between Ethan and Tuyen felt so real that I actually cried at times throughout reading Lloyd’s Running with the Enemy. Speaking of crazy relationships, that Victor Ortega man. I really didn’t like him from the start, but who likes bad guys?

Running with the Enemy is an adventure that definitely isn't suitable for younger children, but mainly for adults due to the extreme sex and violence. With that being said, I absolutely LOVED Lloyd’s novel and I honestly can’t wait to see what he comes up with next. 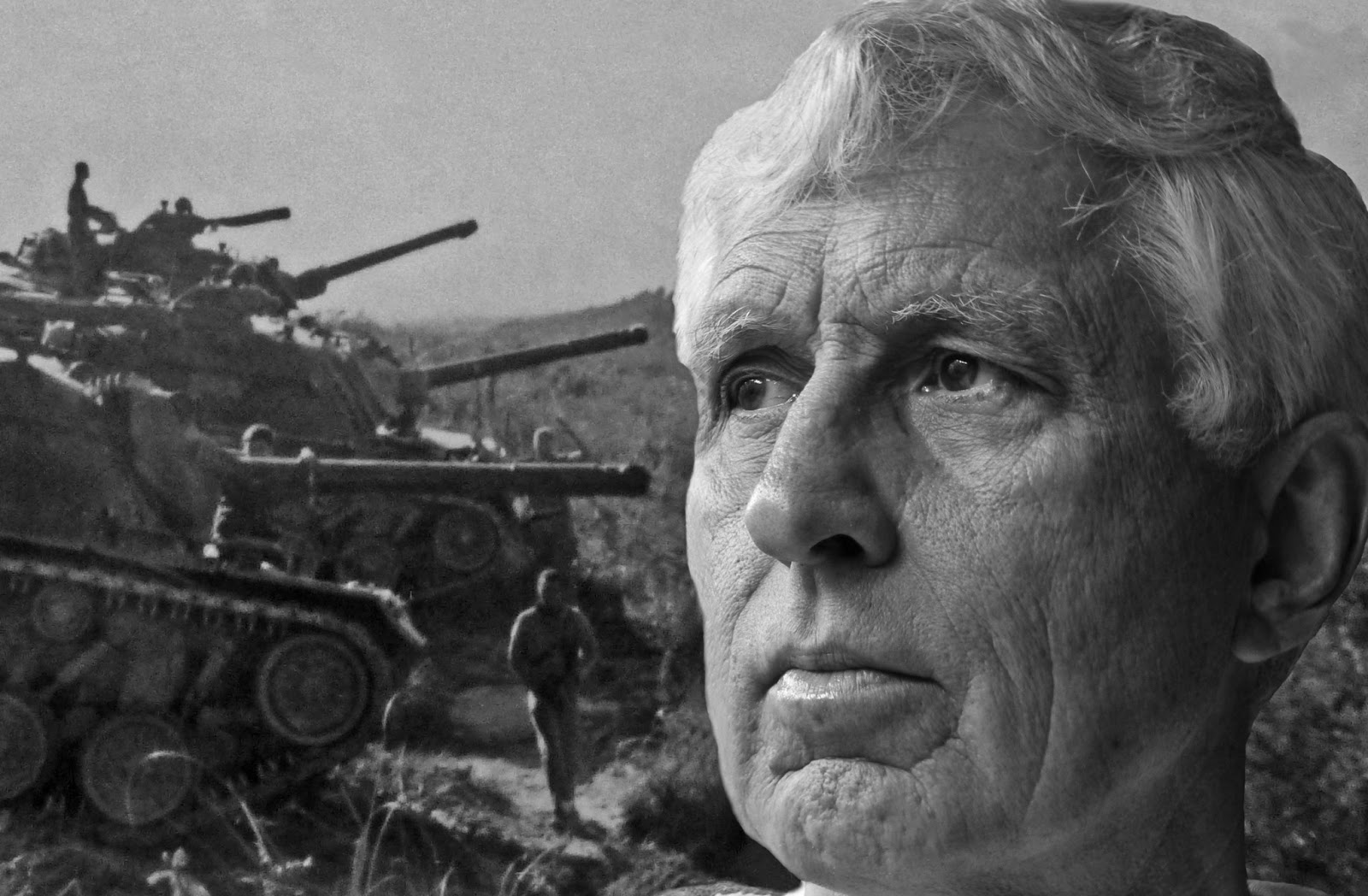 
Lloyd Lofthouse, a former U.S. Marine and Vietnam veteran, served in Vietnam as a field radio operator in 1966. Back home, Lloyd was a heavy drinker until 1981, never talked about the war and suffered from PTSD. In the early 1980s, he confronted his demons by writing about his war experiences in an MFA program.


Running with the Enemy started as a memoir and then evolved into fiction.


His short story, A Night at the “Well of Purity”, named a finalist of the 2007 Chicago Literary Awards, was based on an event Lloyd experienced in Vietnam.


In 1999, his wife, Anchee Min, the author of the memoir Red Azalea, a book that was named a New York Times Notable Book of the Year in 1994, introduced Lloyd to Robert Hart, the real-life character of My Splendid Concubine.


After an honorable discharge from the U.S. Marines in 1968, Lloyd went to college on the GI Bill to earn a BA in journalism, and then worked days as a public school teacher for thirty years (1975 – 2005) in addition to nights and weekends as a maître d’ in a Southern California nightclub called the Red Onion (1980-1982).