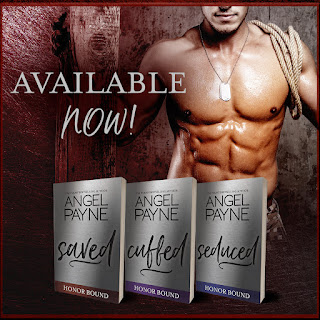 Synopsis
Saved
He saved her life…she saved his soul.
Garrett Hawkins is the most valuable asset to his Special Forces unit, because, frankly, the guy doesn’t care if he lives or dies anymore. Since the love of his life, Sage Weston, was kidnapped and killed with her medical unit a year ago, Garrett has turned the shell of his soul into the armor of a finely tuned fighting machine. Being the first tapped for the unit’s craziest missions is just fine by him. The less time for memories and the agony they carve into his soul, the better.
It’s a plan that works, until Garrett’s world is upended one night in the jungles of Thailand. Memories become reality when the unit is called to rescue a group of kidnapped aid workers, and they discover Sage and her teammate among the retrieved women. Now that Sage is back in his arms, Garrett doesn’t know what to do. He has changed in dramatic ways, especially in the darker tastes of his passion. If he touches Sage again, he’ll want to claim her, restrain her...dominate her.
Is Sage’s love strong enough to let Garrett back in, not only as her fiancé but her Dominant? Can she trust that visiting the new shadows of his life will lead her to ecstasy and not ruin? Or can Garrett’s discipline be exactly what her soul needs to find its way back to life—and love—again?

Meet The Author
USA Today bestselling romance author Angel Payne has written for four publishing houses, and is also independently published. She loves to focus on high heat romance with emotional twists. She has numerous book series to her credit, including the Honor Bound series, the Suited for Sin series, the Cimarron Saga, the Temptation Court series, and the Secrets of Stone series (with Victoria Blue). 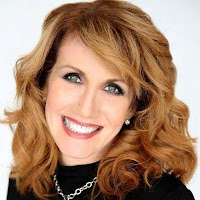 Angel is thrilled to be an author for the bestselling Misadventures series, and looks forward to the launch of the Bolt Saga, featuring her super hero Reece Richards, launching in Summer 2018. Angel lives in Southern California with her soul mate husband and beautiful cosplaying daughter. As an “anime family”, they enjoy attending pop culture cons together. 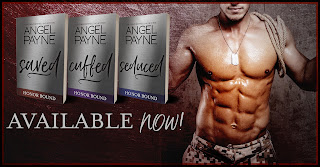 a Rafflecopter giveaway
Created by: abookandalattee at December 19, 2017