Cover Reveal: Take Them By Storm by Marie Landry

Summary from Goodreads:
This book is a standalone companion novel to Waiting for the Storm and After the Storm. The books do not need to be read together or in order, but please note that this synopsis contains mild spoilers for After the Storm. 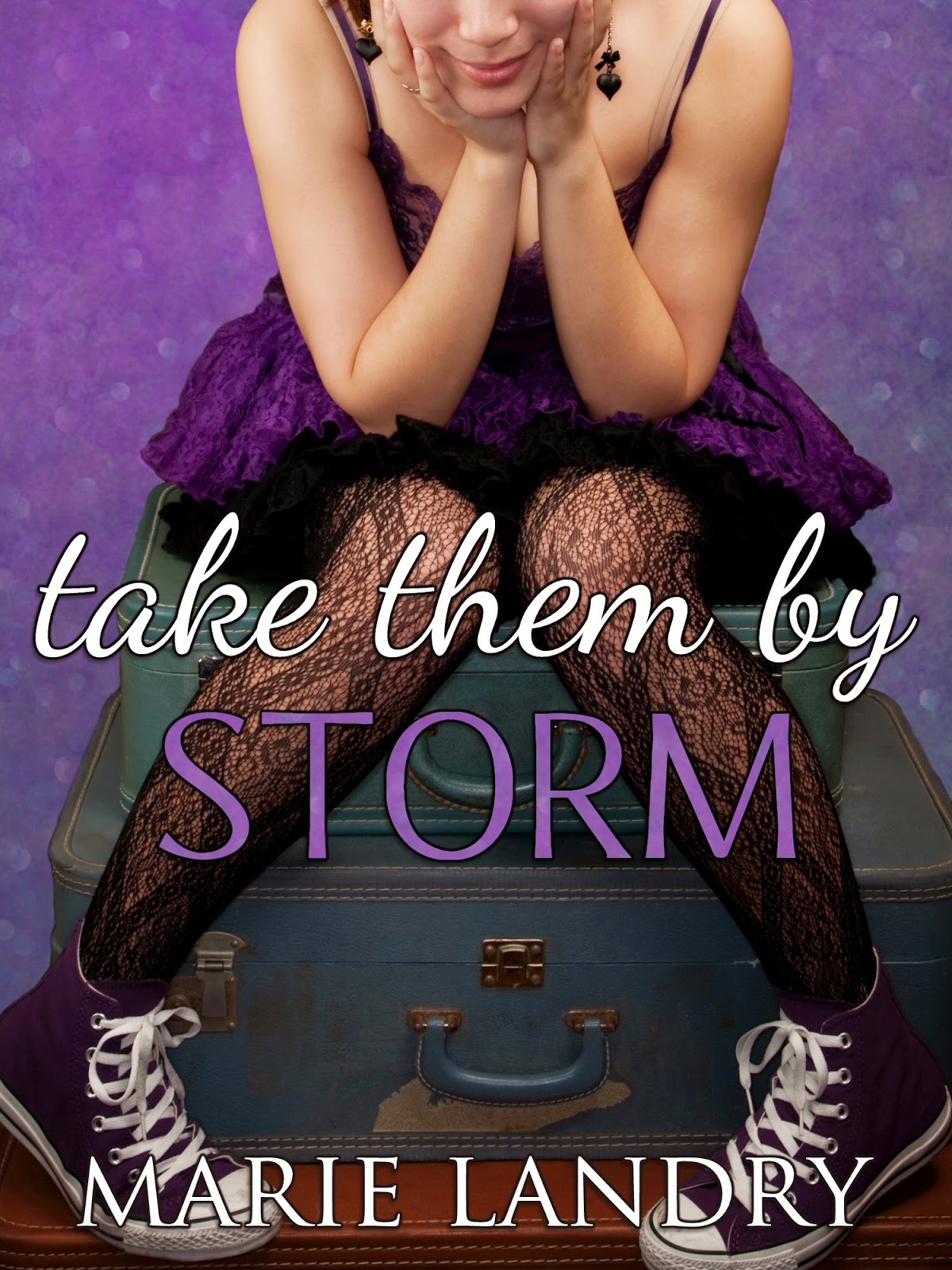 Sadie Fitzgerald has always been different, and not just because she makes her own clothes and would rather stay home watching Doctor Who than party with kids her age. When it’s time to leave Angel Island for college, Sadie is eager to put her old life behind her. Small-minded people and rumors have plagued her for years, but with the love of her adoptive family, the O’Dells, Sadie has learned to embrace who she is. Now she’s not afraid to admit the rumors about her are true: she’s gay.

For the first time in her life, Sadie feels free to be herself. She dives into college life and begins volunteering at the local LGBT center, where she discovers her small-town upbringing left holes in her education about life outside Angel Island.

The world is a bigger and more accepting place than Sadie ever imagined. She’s finally found where she belongs, but with the reappearance of someone from her past, an unexpected new friendship, and a chance at love, Sadie soon realizes she still has a lot to learn about life, friendship, and love.

Book in this series:
(cover linked to Goodreads) 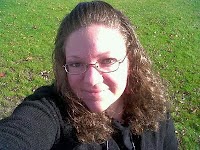 About the Author
Marie Landry is the author of BLUE SKY DAYS (contemporary YA—January 2012), THE GAME CHANGER (women's fiction—November 2012), WAITING FOR THE STORM (contemporary YA—April 2013), and THE MOST WONDERFUL TIME OF THE YEAR (a new adult holiday novella-November 2013). Marie has always been a daydreamer; since early childhood, she's had a passion for words and a desire to create imaginary worlds, so it only seemed natural for her to become a writer. She resides in Ontario, Canada, and most days you can find her writing, reading, blogging about writing and reading, listening to U2, wandering around with a camera in her hand, watching copious amounts of TV on DVD, or having grand adventures with her nephews and niece.

Created by: abookandalattee at November 11, 2014 No comments: 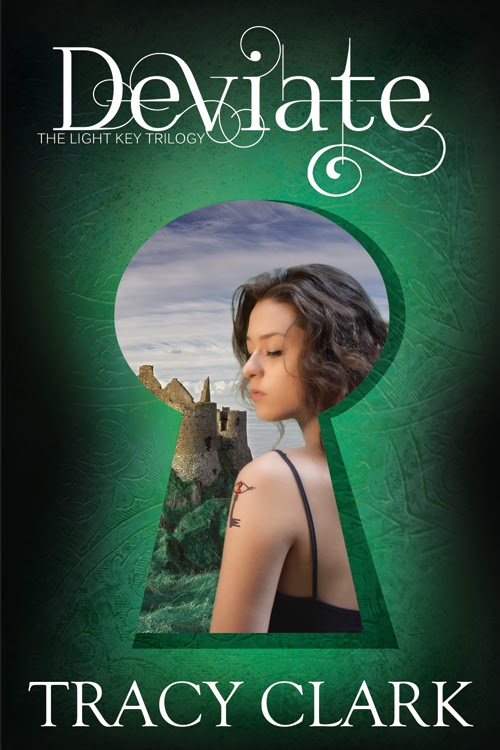 Tormented after a daring escape, Cora Sandoval must find a way to stop the Arrazi from murdering innocent people and from violating, using, and killing the Scintilla for their powers. She must also accept one bitter betrayal: Finn Doyle—the Irish boy who has both a piece of Cora's heart and soul—is Arrazi...

On the verge of extinction and sought by those who would either consume or destroy them,  Cora and the remaining Scintilla survivors must solve the mystery of The Light Key. If they fail, the truth will stay buried forever and mankind will pay the ultimate price.

No longer will she hide.

No longer will her loved ones be hunted.

And she will have her vengeance...even if she shatters her heart in the process. 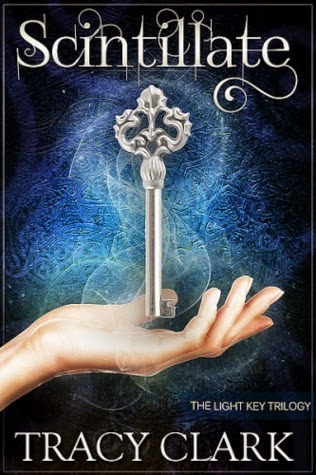 About the Author
Tracy Clark is a young-adult writer because she believes teens deserve to know how much they matter and that regardless of what they’re going through, they aren’t alone. In other words, she writes books for her teen self.
She grew up a “Valley Girl” in Southern California but now lives in her home state of Nevada, in a small town at the base of the Sierra Foothills. Her two children teach her the art of distraction and are a continuous source of great dialogue. She’s an unapologetic dog person who is currently owned by a cat.
Tracy was the recipient of the Society of Children’s Book Writers and Illustrators (SCBWI) Work in Progress Grant. A two-time participant in the prestigious Nevada SCBWI Mentor Program where she was lucky enough to be mentored by bestselling author, Ellen Hopkins, who taught her so much about the art of writing and cured her of her ellipsis addiction.
Her debut novel was inspired by her enchantment with metaphysics as a teen, seeing it as the real magic in life. Tracy is a part-time college student, a private pilot, and an irredeemable dreamer.

The Missing
(The Birthright Trilogy Book 2)


Reeling from her boyfriend's disappearance, Raevyn Jones is shocked to learn that she is considered suspect number one. To make matters worse, rumors are swirling that golden boy, Jeffrey Donnelly, isn't just missing...he may never be coming back.

And Raevyn is being framed.

Her second semester at Benjamin Wallace Fitzgerald University, the nation's first Ivy League institution for African Americans, is full of twists and turns.

Soon Raevyn will learn not to trust anyone, not even the people she calls friend.

But when she is dropped in the midst of the Black Ivy League--against her will--she has to pretend that everything is normal, as if she belongs.

When her new friends start to question her sketchy past and her shaky legacy at Benjamin Wallace Fitzgerald University, Raevyn realizes she will have to rely on her street smarts more than ever before.

Raevyn starts to receive cryptic text messages and emails from an anonymous sender and she soon discovers that not only does someone want her to leave B.W.Fitz--someone also wants to end her life.

About the Author
Necole Ryse graduated from Towson University with Bachelor’s Degree in Mass Communications.

Bored with life as an adult, Necole decided to follow her dreams to write fiction and she hasn’t looked back. She joined theWinslet Press family to release her first novel, THE LEGACY.

Summary from Goodreads:
Gauge Bronson has a simple rule: never mix business with pleasure. As the lead singer and guitarist of Provocative, he has his fair share of girls throwing themselves at him, but he refuses to get involved with clingy groupies or women he works with. When beautiful, beguiling Brynn joins the tour, though, he can’t deny there’s something about her he finds irresistible. It’s been a long time since a woman didn’t fawn over him. He’ll have to keep his appetite in check and keep her at a distance if he’s going to remember that she’s off limits. 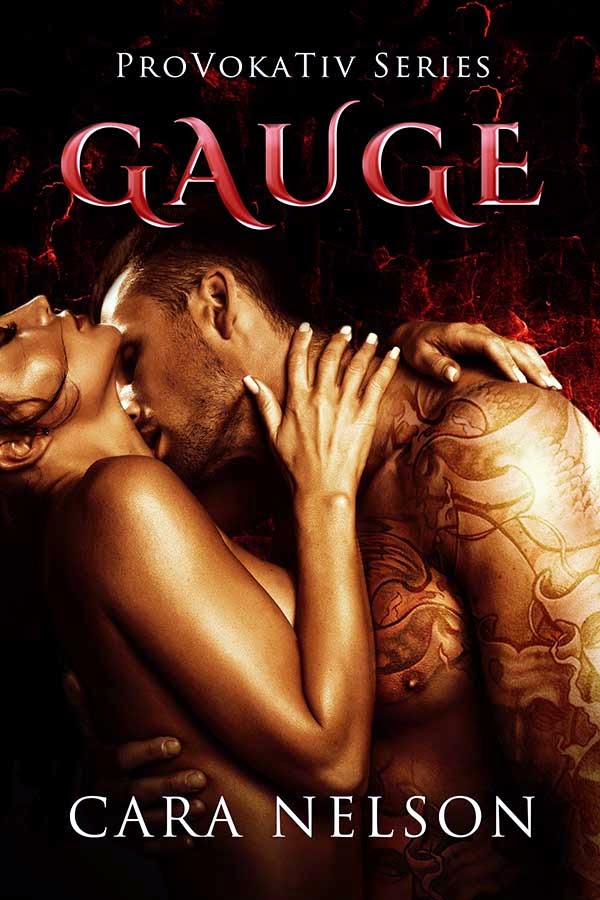 Aspiring journalist Brynn Morgan has been given the chance of a lifetime to interview a rock band for a new magazine and launch her career. When she learns her assignment is the band Provocative, whose music she’s never liked, any disappointment is overshadowed by her excitement and determination to write a killer story. Plus, the fact that she’s not a fan will make it that much easier to keep things professional. One look at Gauge, though, and she feels an instant attraction to the cocky, tattooed rocker. But despite the sparks flying between them, she’s got a job to do.

As Brynn heads out on a world tour with the band and tries to get them to spill their secrets, the sizzling chemistry between her and Gauge becomes harder and harder to ignore…

About the Author
Cara Nelson is the author of the bestselling 'Men of the Capital' series. Her books hit the Amazon store in the summer of 2014 and have since been enjoyed by over 50,000 readers! She is known for her bold characters, hilariously witty dialogue and touching romances.
Interested in a fun, light and breezy read? Her readers recommend you start with 'The Billionaire's Hotline'.

Created by: abookandalattee at November 05, 2014 No comments: 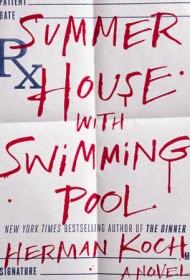 When a medical procedure goes horribly wrong and famous actor Ralph Meier winds up dead, Dr. Marc Schlosser needs to come up with some answers. After all, reputation is everything in this business. Personally, he’s not exactly upset that Ralph is gone, but as a high profile doctor to the stars, Marc can't hide from the truth forever.

It all started the previous summer. Marc, his wife, and their two beautiful teenage daughters agreed to spend a week at the Meier’s extravagant summer home on the Mediterranean. Joined by Ralph and his striking wife Judith, her mother, and film director Stanley Forbes and his much younger girlfriend, the large group settles in for days of sunshine, wine tasting, and trips to the beach. But when a violent incident disrupts the idyll, darker motivations are revealed, and suddenly no one can be trusted. As the ultimate holiday soon turns into a nightmare, the circumstances surrounding Ralph’s later death begin to reveal the disturbing reality behind that summer’s tragedy.

Featuring the razor-sharp humor and acute psychological insight that made The Dinner an international phenomenon, Summer House with Swimming Pool is a controversial, thought-provoking novel that showcases Herman Koch at his finest.

HERMAN KOCH is the author of eight novels and three collections of short stories. The Dinner, his sixth novel, has been published in twenty-five countries, and was an international bestseller. He currently lives in Amsterdam.

I personally didn’t care for this novel. Summer House with Swimming Pool felt fractured with an extreme amount of unanswered plot lines. It did however peak my interest enough to finish the book with a great basic story line. Yet, with the descriptive private parts and how Marc is referencing them was quite uh disturbing. I think I would pass on this one if you have other books to read.
Created by: abookandalattee at November 04, 2014 No comments: 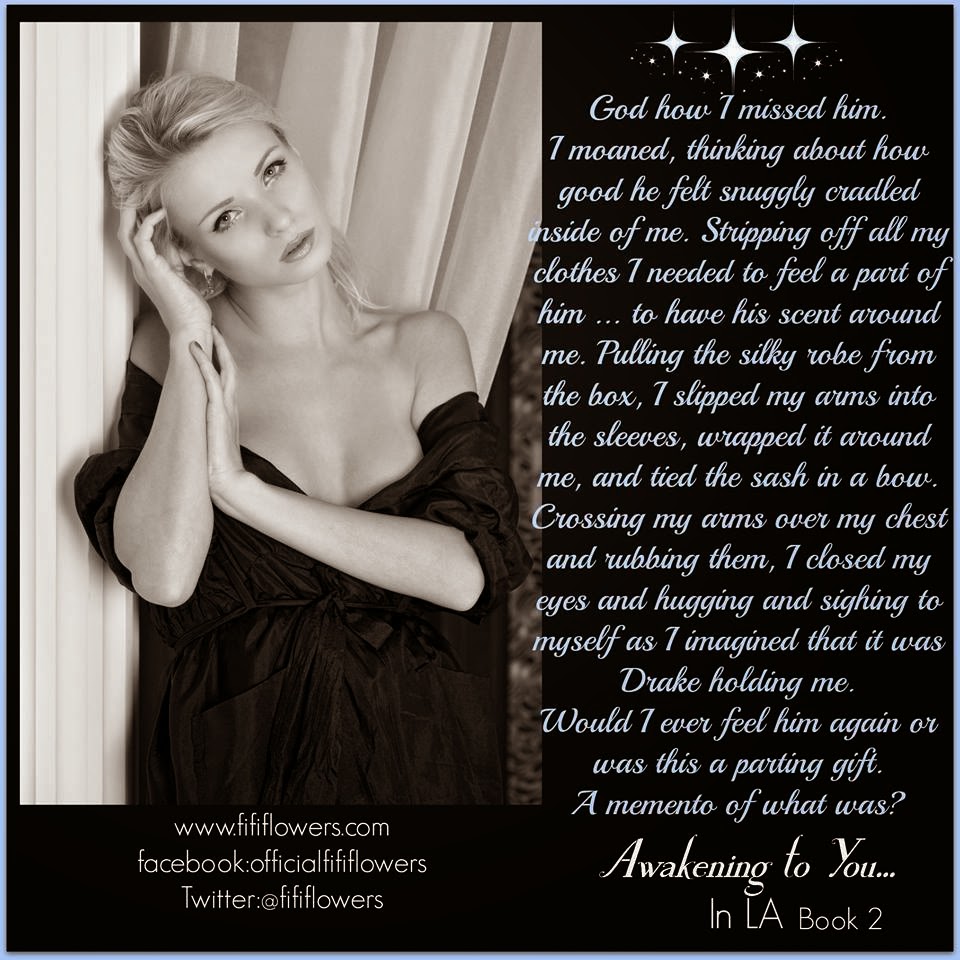 Synopsis
Sofie James is a successful set designer, trying to break into the male dominated production design realm and lacking any personal obligations she sees a clear path to success.
Drake Blaxton is a senior partner in an architectural firm who has always been focused and grounded in his career while completely noncommittal in his personal life.
A chance encounter at their favorite pond.
A fateful storm that could change everything.
What happens when Sofie and Drake's worlds collide into each other, awakening a thundering passion that neither were ever open to having?
This book contains sexually explicit material and is intended for adult readers only 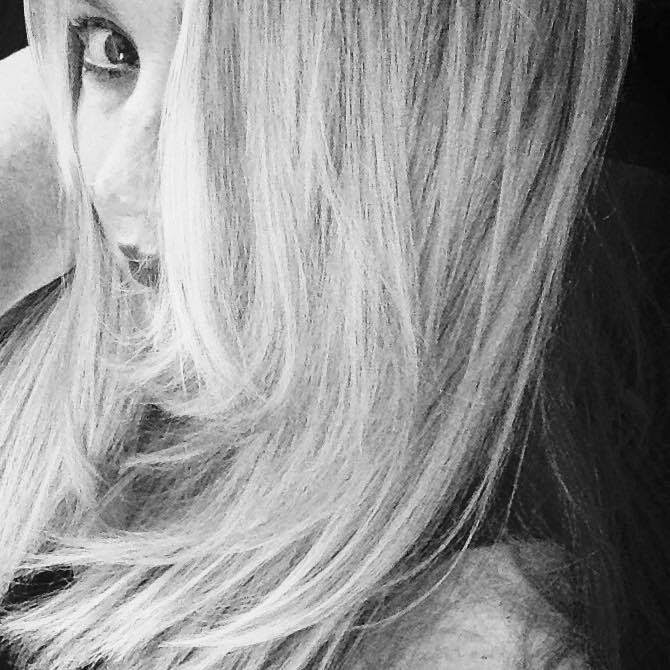 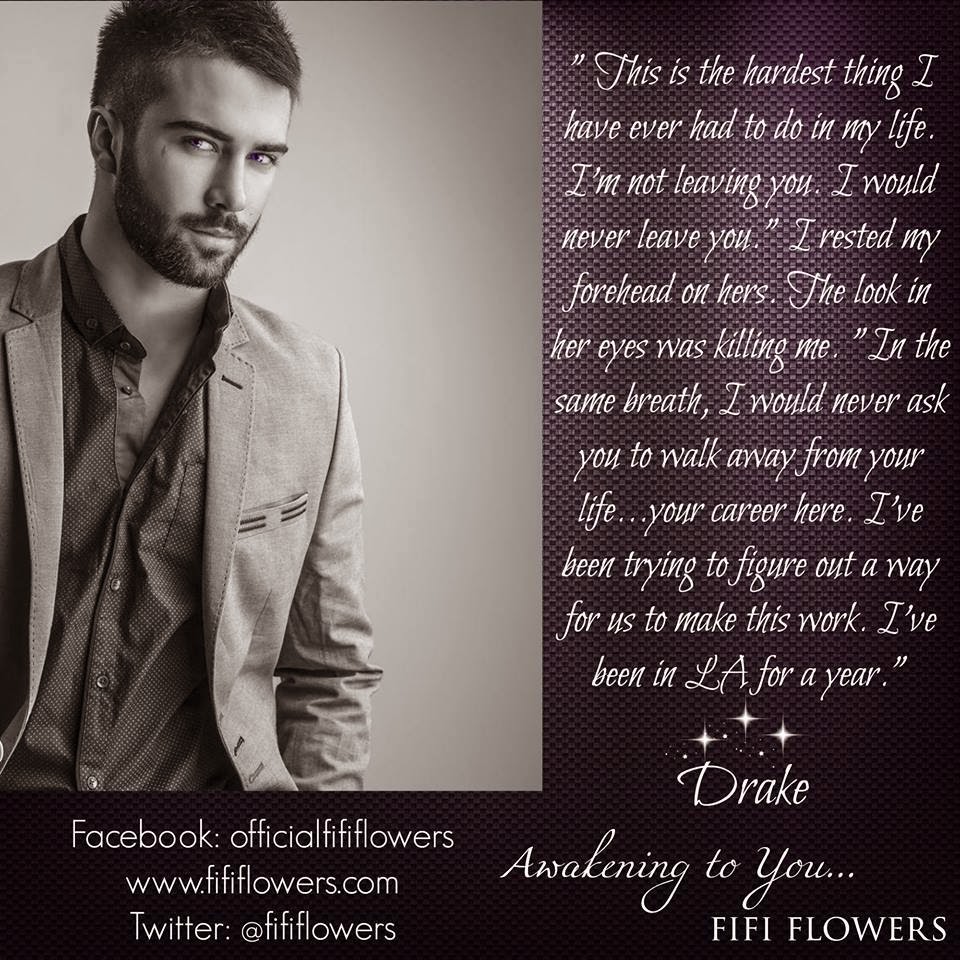 
Awakening to You - http://amzn.to/1wDYUKZ
Giveaway
a Rafflecopter giveaway

Created by: abookandalattee at November 03, 2014 No comments: