“Beautifully written, skillfully interwoven, a wonder of a tale. It's not often that I am truly impressed, but Eden Butler has blown me away.” New York Times and USA Today Bestselling author Amy Harmon

“Infinite Us is a gripping story of the roots that define us, the hardships that test us, and the healing power of love and acceptance. It's a testament to how far we've come and how very far we have to go.” J.A. DeRouen, Bestselling Author of Low Over High

“Eden is a masterful storyteller who takes mere words and turns them into magic. She takes you on an intoxicating journey that refuses to let go. Infinite Us is an unforgettable story that'll leave you breathless.” Cassie Graham, Bestselling Author of Who Needs Air

“Butler shines again in this emotionally moving tale of love, despite life and its trials and tribulations. The writing is crisp, lyrical and the flat out FEELS between the characters leak from the pages straight into your heart. You WILL be moved.” Trish F. Leger, author of the Amber Druid Series. 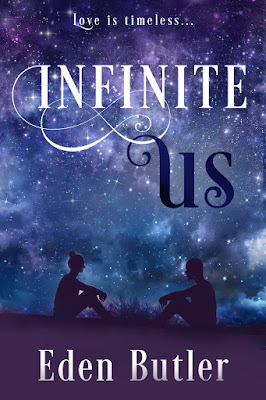 Love is timeless…
Nash Nation loves zeroes and ones, over-sized monitors and late office hours. He’s too busy taking over the world to make time for relationships—that is, until his new neighbor Willow O’Bryant barges into his life, and now Nash can’t shake the feeling that this isn’t the first time she’s interrupted his world.
Then, the dreams start. And in the dreams—memories.
Memories of a girl named Sookie who couldn’t count on love or friendship, never mind forever. Memories of a library and a boy called Isaac and secrets made in private that destroyed his world.
The memories seem real, but who do they belong to?
When Nash and Willow discover the truth, life as they know it unravels.
The bridge between this life and the next is shored up by blood and bone and memory. Sometimes, that bridge leads to the place we’ve always wanted to be. 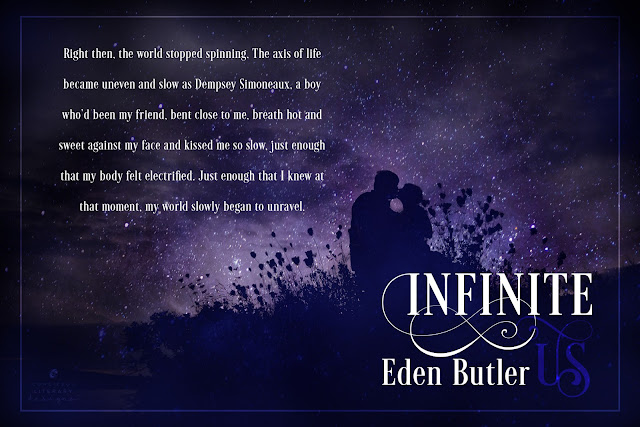 It was then that I saw something from Isaac I hadn’t seen before. His stony resolve crumbled and whatever excuses had always kept him from wanting me, from allowing me to act as though I wanted him too, fell away when he began to lower his hand and I held it still against my cheek.

His skin was warm and I could just make out the sharp bite of his calluses against my face. He had an arch along his top lip and eyes like a perfect circle, a play of amber and gold vying for dominance in his irises. Not hazel really, but somewhere in the middle, someplace that said Isaac came from people divergent and varied.
“Riley…” he said, a warning I didn’t want to hear. My gaze didn’t falter; I may have stumbled with Trent, but still, I knew what I wanted, what was best for me, and that was not some overbearing, suit-wearing bully. And Isaac, sweet Isaac, took my lifted chin for the invitation it was, made a sound deep in his throat, and just like that, with a single tilt of his head, stopped fighting and kissed me.
The world went away and I heard the song of hundreds of voices inside of me that sounded so familiar, yet were unlike anything I’d ever heard before. Maybe it was that active imagination of mine working in overdrive. I had wanted Isaac’s touch for months, had daydreamed about it for hours and now that it was here, I realized that my imagination was dull and pathetic. Reality was so much better.
He moved his mouth over mine, tentative at first, but fueled by my reaction and the awesome magnitude of what this felt like, he moved more confidently, more surely. Isaac wanted me and took what I offered freely—his lips soft, directing, his tongue teasing and satisfying all at once, careful of my broken lip yes, but oh, so absolute.

Eden Butler is an editor and writer of Mystery, Suspense and Contemporary Romance novels and the nine-times great-granddaughter of an honest-to-God English pirate. This could explain her affinity for rule breaking and rum.
When she’s not writing or wondering about her possibly Jack Sparrowesque ancestor, Eden patiently waits for her Hogwarts letter, edits, reads and spends way too much time watching rugby, Doctor Who and New Orleans Saints football.
She is currently living under teenage rule alongside her husband in southeast Louisiana.
Please send help. 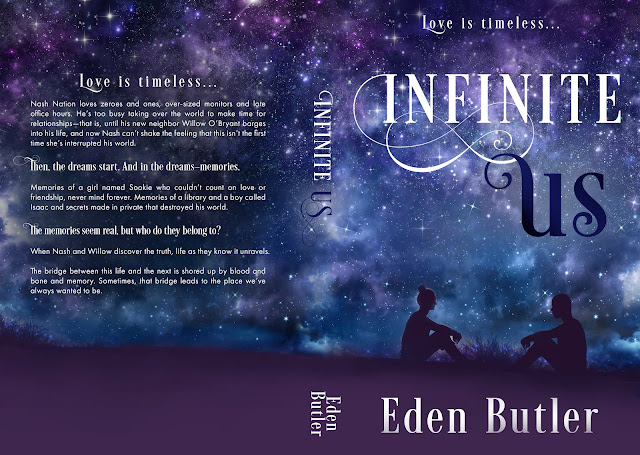