Book Tour: Sleigh Bells in the Snow by Sarah Morgan 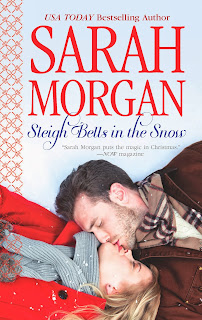 Sleigh Bells In the Snow
by Sarah Morgan
On Sale October 29, 2013

Synopsis:
Once upon a time, Christmas was Kayla Green's favorite time of year. Now all the workaholic wants for Christmas is for it to be over—as fast as possible! So when duty calls her to snowy Vermont to close a deal with a new client, Kayla is grateful for an excuse to avoid the holidays for another year.
Jackson O'Neil left a thriving business behind to return home and salvage his family's resort—it's in his blood, and he can't let it fail.
Now that he's got marketing whiz Kayla Green working with him to put Snow Crystal on the map, success is on the horizon. The fact they strike enough sparks off each other to power all the Christmas lights in Vermont is just an added bonus.
Kayla might be an expert at her job, but she's out of her depth with Jackson—he makes her crave the happy-ever-after she once dreamed of, and it's terrifying. As the snowflakes continue to swirl, will the woman who doesn't believe in the magic of Christmas finally fall under its spell?
Check out this awesome Book Trailer that Sarah's Son made!! 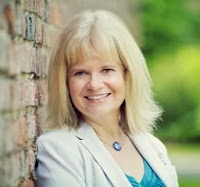 USA Today bestselling author Sarah Morgan writes hot, happy contemporary romance and her trademark humor and sensuality have gained her fans across the globe. Described as ‘a magician with words’ by RT Book Reviews, she has sold over 11 million copies of her books. She has been nominated three years in succession for the prestigious RITA© Award from the Romance Writers of America and won the award twice; in 2012 for her book ‘Doukakis’s Apprentice’ and 2013 for ‘A Night of No Return’. She also won the RT Reviewers’ Choice Award in 2012 and has made numerous appearances in their ‘Top Pick’ slot.
As a child Sarah dreamed of being a writer and although she took a few interesting detours along the way, she is now living that dream.
Sarah lives near London with her husband and children, and when she isn't reading or writing she loves being outdoors, preferably on vacation so she can forget the house needs tidying. 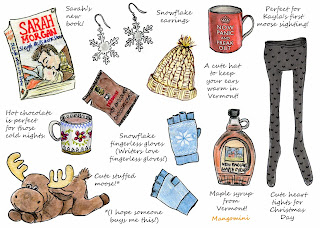 A FEW OF SARAH’S FAVORITE THINGS

My Thought's on Sleigh Bells In the Snow

First off I want to thank both Harlequin and Sarah Morgan for providing me with a copy of Sleigh Bells in The Snow. I absolutely enjoy Sarah’s writing and was thrilled when I received the invitation to join the tour for her recent release.
Now, onto my thoughts regarding Sleigh Bells in The Snow. Sarah did a phenomenal job as always with her writing style and the way she captured even the smallest details is always a treat that I enjoy.
Kayla Green has never been a big fan of Christmas so when the opportunity came along to head to Vermont, of course, she jumped at that the chance. Little did she know that it was going to be the exact opposite of being isolated from people?
Now, Jackson O’Neil. Where to begin with him. He’s one of those men that I know we all love to read about. The self-made, determined and sexy heroine in every romance book we read. Jackson is returning to Snow Crystal basically to help save the family business. Jackson who ends up hiring Kayla Green as a PR Specialist to help boost the tourism for Snow Crystal Resort and Spa.


I always love me a good love story and Sarah Morgan did just that. The attraction between Jackson and Kayla is instant. They’re both funny, sweet, flirty and yes even believable. I highly recommend Sarah’s “Sleigh Bells in The Snow” to anyone who loves a great romance novel. It definitely won’t disappoint especially with the holidays fast approaching us.