Audiobook Review: Ballad of The Beanstalk by Amy McNulty 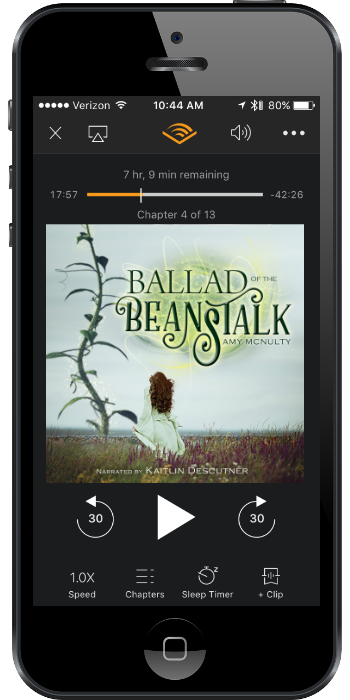 As her fingers move across the strings of her family's heirloom harp, 16-year-old Clarion can forget. She doesn't dwell on the recent passing of her beloved father or the fact that her mother has just sold everything they owned, including that very same instrument that gives Clarion life. She doesn't think about how her friends treat her like a feeble, brittle thing to be protected. She doesn't worry about how to tell the elegant Elena, her best friend and first love, that she doesn't want to be her sweetheart anymore. She becomes the melody and loses herself in the song. When Mack, a lord's dashing young son, rides into town so his father and Elena's can arrange a marriage between the two youth, Clarion finds herself falling in love with a boy for the first time. Drawn to Clarion's music, Mack puts Clarion and Elena's relationship to the test, but he soon vanishes by climbing up a giant beanstalk that only Clarion has seen. When even the town witch won't help, Clarion is determined to rescue Mack herself and prove once and for all that she doesn't need protecting. But while she fancied herself a savior, she couldn't have imagined the enormous world of danger that awaits her in the kingdom of the clouds. A prequel to the fairytale Jack and the Beanstalk that reveals the true story behind the magical singing harp.

Amy McNulty is a freelance writer and editor from Wisconsin with an honors degree in English. She was first published in a national scholarly journal (The Concord Review) while in high school and currently writes professionally about everything from business marketing to anime. In her down time, you can find her crafting stories with dastardly villains and antiheroes set in fantastical medieval settings.

In 2010, I graduated from California University....of Pennsylvania (yes, you read that correctly) with a BA in Theatre and Dance. I have been a professional actress for 7 years in Columbus, OH working in both Musical Theatre shows and Dramatic plays ranging from Classic, Rock & Roll, Modern, British, American Southern, etc. I work as a Children's Theatre teacher as well as a Commercial Actress where I specialize in voice acting, photo, commercial and tutorial video work. I am interested in new projects and pursuing new opportunities. I am a big, avid reader, and listen to audio books more than the radio in my car. My favorite genres are historical fiction, fiction, nonfiction and biographies/ memoirs. This is a new endeavor for me, and I am thrilled to explore different characters through storytelling. Reading is a big passion of mine. Bring on the books! 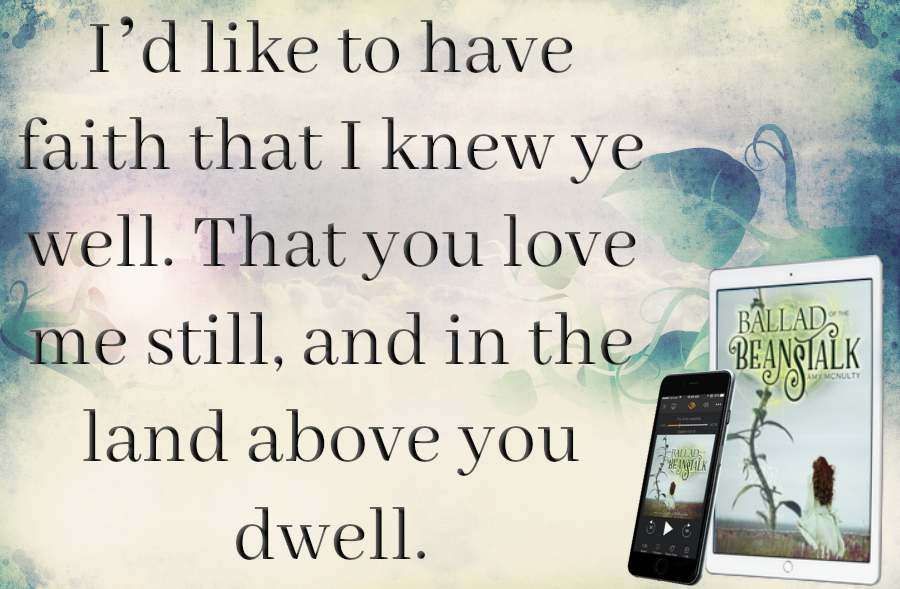 I absolutely loved what Amy McNulty did with Ballad of The Beanstalk. At first I wasn't quite sure what to expect but WOW did she do an excellent job. Amy was able to take a children's story and turn it into an adult book, the way it twist and turned throughout the story. It made it so much better! I also really liked how there were two separate worlds but yet they were both connected to each other.

The narrator, Kaitlin Descutner did a wonderful job. The flow of the story was smooth with no mistakes. No background noises that I could hear at least. Also, the singing was phenomenal and I especially loved the harp.

Overall, I thoroughly enjoyed this book and I highly recommend it.

I received this audiobook as part of my participation in a blog tour with Audiobookworm Promotions. The tour is being sponsored by Amy McNulty. The gifting of this audiobook did not affect my opinion of it. 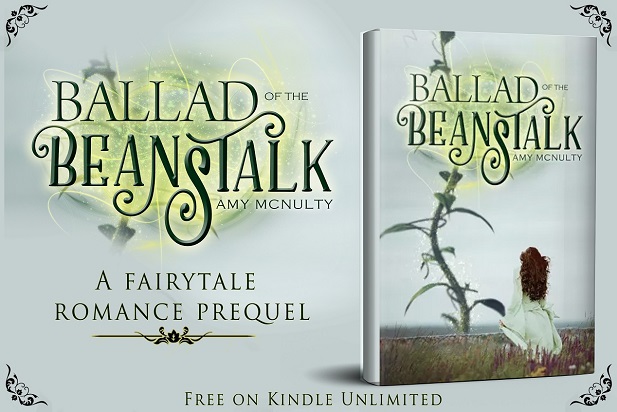 ➜Sign up as a host here
Created by: abookandalattee at September 29, 2017